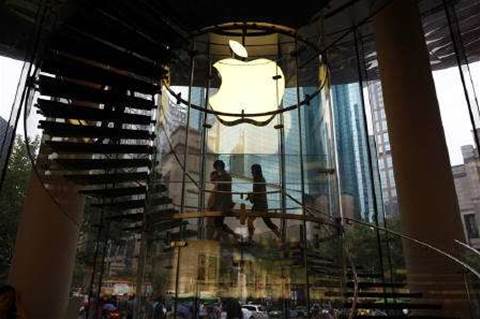 Jobs' understudies step out of the shadows.

As Steve Jobs leaves the stage at Apple, four of his top understudies are coming into the limelight.

Jobs has long been a larger than life figure inside and outside the company he co-founded, even though for years he was surrounded by superb talent who deserve at least some credit for runaway successes such as the iPad, iPhone and iPod.

But within the tightly knit Silicon Valley community, they have built formidable reputations in their fields. With Jobs' departure, they now have an opportunity to take centre stage, former Apple executives and experts said.

In June, J.C. Penney Co announced it lured away Apple retail chief Ron Johnson to be its CEO and a few weeks later news emerged that veteran lawyer Chip Lutton is also planning to leave. Rumors surface sporadically that Ive might return to his native Britain, although they have never been corroborated.

Jobs' stepping down "may give these guys more freedom to make decisions themselves," said David Hornik, a partner at August Capital, about the top tier.

"When a strong person steps out, it's an opportunity for others to step up," she said. "And I think this is a great opportunity in many ways because Steve is still there as chairman."

Those who have known or worked with some of these executives describe the team and talent at Apple using terms such as "brilliant" and "very close."

London native Ive -- Jony to most people -- is particularly referred to as a "genius" and a "dreamer."

Known as a confidant of Jobs, the soft-spoken Ive has led Apple's design team since 1996 and was among the few who survived brutal staff cuts Jobs made when he returned to Apple in late 1997.

"Ive has been involved in every dramatic device Apple has done for a decade," said a former Apple executive in products and marketing. "He looks at things differently always. Going into Jonathan's design lab was always fun."

Then there's software chief Forstall, the architect of the iOS software that powers over 100 million iPhones.

Marketing head Schiller is a regular stand-in for Jobs at launch events. Some of the products he has shepherded include the iMac, the iPod, Safari Web browser and the iPhone.

Other top executives include veteran Eddy Cue, who rose to prominence by managing the iTunes and App stores, and Jeff Williams, who heads the company's supply-chain operations.

That sort of bench strength underscores Jobs' reputation for surrounding himself with the best people in any field.

"One of Steve's greatest assets is to be able to detect and find talent," said Jay Elliot, a former Apple senior vice president who worked closely with Jobs. "All along, he has always been able to sniff out what people's real talent is and what they really are good at."

Apple's talent bench attracts recruiters for other companies, but few have succeeded in luring anyone from top management until recently.

Change at the top might spur some veterans to ponder new careers, executive recruiters said. But almost all of the top people reporting to Cook are expected to stay to help Apple through the transition and support their new CEO, who has worked closely with Ive, Forstall and others.

"At the point of such pivotal transition, if someone cares about the company and cares about Steve -- because he's still there -- they are probably not going to want to leave," Stevenson of Korn/Ferry said.

Most of the top-tier executives had been working with the expectation Jobs would eventually step aside. But the move still made them "very sad," the former Apple product and marketing executive said.

"All are really busy and happy about the stuff they're doing," the person said. "I feel strongly they will continue to do extremely well for a long time. It's the kind of company that people get very committed to."