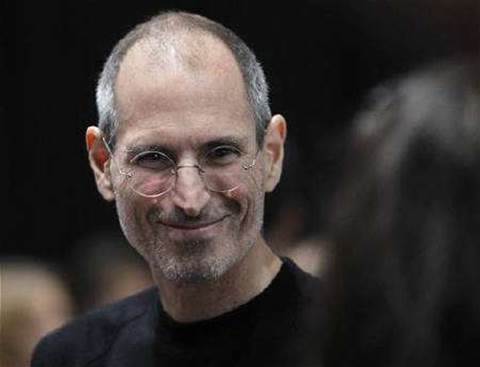 Jobs, a survivor of pancreatic cancer, said chief operating officer Tom Cook would take responsibility for day-to-day operations but he would continue to be chief executive and be involved in major strategic decisions.

"At my request, the board of directors has granted me a medical leave of absence so I can focus on my health," Jobs, 55, wrote in an email to staff published on a regulatory newswire.

"I love Apple so much and hope to be back as soon as I can."

Apple shares fell 8.3 percent in Frankfurt by 1503 GMT. Monday was a holiday in the United States and markets were closed there.

Apple has been closely identified with the charismatic Jobs, who revived the computer maker's fortunes in 1996 after a 12-year absence from the company he co-founded.

Analysts said the effect on Apple's operations should be limited in the short term, since its product line-up was strong, but his absence would be a worry if it became prolonged. Cook ran day-to-day operations during Jobs's last absence in 2009.

"It wasn't expected. This will come as a surprise to Apple investors and definitely take some shine off the Apple stock," said Alexander Peterc, equity analyst at Exane.

"But even if Steve Jobs never returns to Apple, I would not expect a visible, tangible impact on how Apple is executing over the next couple of years."

Richard Windsor, global technology specialist at Nomura, agreed that a Jobs absence should not have a fundamental effect, but added: "Perception of the company is another matter."

"Steve Jobs is seen by the market to be a major force in Apple's strategic direction. If his pancreatic cancer has returned, one could be quite worried."

Apple is due to report quarterly results on Tuesday, and is expected to say that revenues rose 50 percent as sales of its iPad tablet computer build on momentum of the popular iPhone and earlier iPod.