Apple's iPads to fall behind Android tablets this year 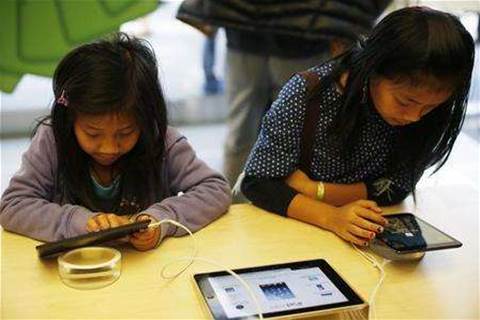 Shipments of Apple's iPads will fall behind the growing variety of tablets running Google's Android platform for the first time this year as smaller-sized devices catch on with more consumers, research firm IDC said on Tuesday.

iPad shipments are expected to account for 46 percent of the market in 2013, down from 51 percent last year, IDC said.

Devices running Android are expected to grow their market share to 49 percent this year from 42 percent last year.

Google's Nexus 7 tablet and Amazon.com's Kindle, which uses its own customisation of Android, made major inroads with consumers last year.

In November, Apple launched its own foray into smaller-sized tablets with the iPad mini.

"One in every two tablets shipped this quarter was below 8 inches in screen size. And in terms of shipments, we expect smaller tablets to continue growing in 2013 and beyond," IDC said in a press release.

Last month, HP announced the launch of the Slate 7 tablet powered by Android, a centerpiece of that company's effort to expand in mobile devices and reduce its dependence on the shrinking personal computer market.

Tablets running the Windows RT operating system, which is not compatible with older software that runs on Windows, will see their market share stay below 3 percent through 2017, IDC said.

"Consumers aren't buying Windows RT's value proposition, and long term we think Microsoft and its partners would be better served by focusing their attention on improving Windows 8," IDC said.