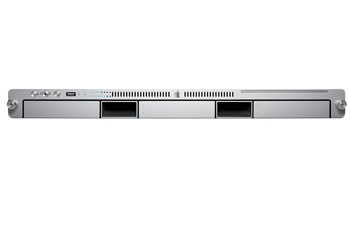 Apple has become the latest company to offer Intel's new Xeon chips in its servers.

The company said it will feature the new Xeon models in its next line of Xserve rack-mount servers.

IT buyers will be able to purchase the servers with a pair of the new processors, each running at up to 2.93ghz.

The quadcore version of XServe server will start at AUD$5899 in Australia, the eight-core at $7099.

Apple claims that the new processors will allow the XServe models to run at twice the speed of previous systems with a performance per watt improvement of roughly 89 per cent.

"With up to twice the performance, better power efficiency and an innovative SSD drive option, this is the best Xserve we’ve ever made," proclaimed Apple worldwide vice president of Mac product marketing David Moody.

The move adds Apple to the growing list of server vendors to offer the new Intel Xeon chips since the line was formally released early last week. Dell, IBM are among the vendors to feature the new chip in their offerings.

Got a news tip for our journalists? Share it with us anonymously here.
Copyright ©v3.co.uk
Tags:
applechipshardwarelineoptionxeonxserve