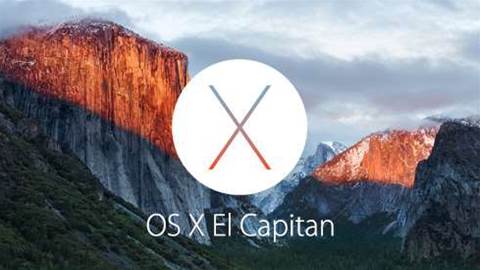 Apple has rolled out a set of evolutionary changes to its operating systems at its developer conference alongside a new music streaming service.

The next version of Apple's desktop operating system, OS X 10.11, will be called El Capitan, named after a rock formation in the Yosemite National Park in California.

Apple's software division boss Craig Federighi showed off some of the key new features in El Capitan, such as improvements to the Spotlight search function that mean it can now understand natural language queries and provide richer results.

A new window management mode, Split View, automatically apportions screen real estate to apps in OS X, while the Expose feature can resize windows. El Capitan also has new gestures such as swipe to delete or to access other functions in Mail for users with trackpads.

Some of the bundled apps in OS X have had gentle makeovers. The Safari web browser gets site pinning, a sound icon to mute tabs that play audio and a full-screen mode in Mail that lets users work on several messages at once. 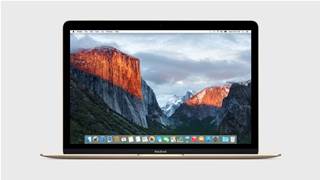 Under the hood in El Capitan, Apple is continuing to move away from the open standard OpenGL graphics framework in favour of its own optimised Metal hardware abstraction layer.

Metal has been adopted by Adobe for its next version of Creative Cloud for OS X, and the company claims up to 50 percent performance improvement overall compared to OpenGL.

El Capitan will be released as a developer preview initially, with a public beta available in July this year. It will be a free upgrade for existing OS X users.

This includes user interface enhancements such as picture in picture videos, slide-overs and split view for using two apps at the same time, as well as improved multitasking and security and a new task switcher and QuickType keyboard.

A new low-power mode in iOS 9 promises to eke out three further hours of battery life by switching off apps and features that use energy, and the built-in apps will run faster thanks to the Metal graphics layer, Federighi said.

As with OS X, Apple has revamped the Spotlight search function in iOS 9. This can now search in apps and provide deep links to these from results. 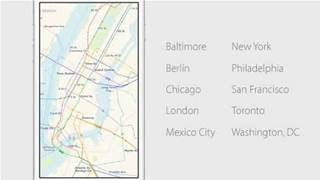 The built-in Notes app can now use hand drawings, camera photos, and content from Safari. Apple Maps gets the Transit feature which adds public transport information for large cities in the United States, continental Europe, and China.

Apple is also making a foray into publishing in iOS 9, with the News app that provides users with curated stories covering over a million topics. Several large publishers and websites have joined News, and users can add their own content from blogs and other sources.

Australia will be one of the first countries to get News, along with the United States and Britain.

Other upgrades to iOS 9 include wireless connectivity for CarPlay, the GamePlayKit, Model I/O and ReplayKit application programming interfaces for gaming, and a smarter Health app that can measure more user metrics.

iOS 9 will be released later today as a developer beta, with a public preview coming in July.

Apple also launched version 2 of its operating system for wearables, watchOS, with several new enhancements and better access to Watch hardware such as the speaker, video, accelerometer, 'taptic engine' and 'digital crown' for developers. 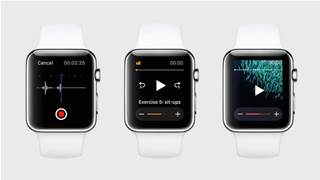 watchOS2 will provide greater access to Watch hardware for developers

Developers can now build their own "complications" or watch faces with watchOS2, which also adds features such as multiple screens for friends, the ability to reply directly to emails, and moving forward and backwards to see events and weather information with the digital crown.

watchOS2 is currently in developer preview.

Developers using Apple's new Swift programming language, launched a year ago, can look forward to a large bump in the number of features, with Federighi naming protocol extensions as a key upgrade.

Taking a leaf out of Microsoft's .NET coding framework book, Swift 2 will also be open source, Federighi announced, with versions for Apple iOS and OS X, as well as Linux.

He did not reveal under which open source licence Swift 2 would be released.

The company's mobile payments service, Apple Pay, which has so far been restricted to the United States, will be available in the UK as well from July this year.

Internet services vice president Jennifer Bailey said that by the northern hemisphere autumn, Apple Pay will work with almost 70 percent of credit and debit cards in the UK, issued by the country's major banks.

London Transport has also hopped aboard the Apple Pay train, with users being able to pay for fares with the electronic payments service. 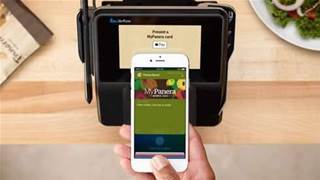 Apple Pay in use

Bailey said the number of locations in the US accepting Apple Pay has grown to over a million. Apple Pay will also be available in more apps such as Pinterest and Square, to buy items, and handle store, loyalty and rewards cards.

Apple did not say if and when the Pay service will become available in countries.

Leaks that Apple would launch a Spotify competitor at WWDC15 were confirmed as the company's head of internet software and services, Eddy Cue, took the stage to unveil the Apple Music streaming and live radio service with pop star Drake. 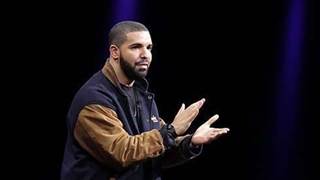 Drake at the launch of Apple Music at WWDC2015

Apple Music will go live on June 30 worldwide, and will feature the Beats 1 radio station with DJs in Los Angeles, New York and London.

The service will cost US$10 a month, with a family plan for US$15 a month covering six people. Australian pricing for Apple Music was not released.