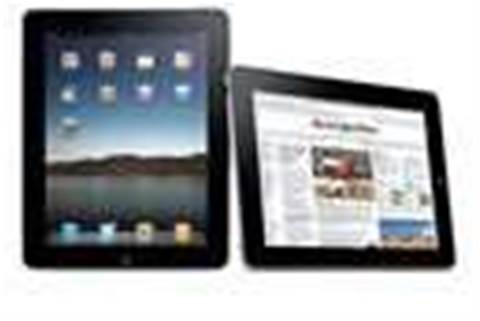 Apple has led the way in the tablet revolution with its iPad accounting for 83 percent of the 18 million tablets shipped in 2010, according to research from IDC.

However, when the numbers were broken down by quarters, it showed Apple’s market share had dropped as a raft of competitors introduced similar devices.

In the third quarter of 2010, the iPad made up 93 percent of all tablet shipments but by the end of the fourth quarter this figure had fallen to 73 percent.

Samsung’s Galaxy Tab became its biggest rival, with a market share of 17 percent for the high selling Christmas period, but other smaller competitors also ate away at Cupertino’s lead.

The tablet market as a whole was healthy, with shipments of 4.5 million units in the third quarter of 2010 more than doubling to 10.1 million in the following three months.

By region, the US still led the way in shipments, but Western Europe was swiftly catching up, growing almost twice as fast in the final quarter of 2010, according to IDC.

If tablet manufacturers were impressed now, 2011 was set to be even more lucrative.

Loverde predicted 50 million tablets would be shipped during the next year. Although competitors would continue edging into the market, he claimed Apple was still likely to hold onto between 70 and 80 percent market share.

Got a news tip for our journalists? Share it with us anonymously here.
Copyright © ITPro, Dennis Publishing
Tags:
2010 83 apple cent hardware market of per tablet takes