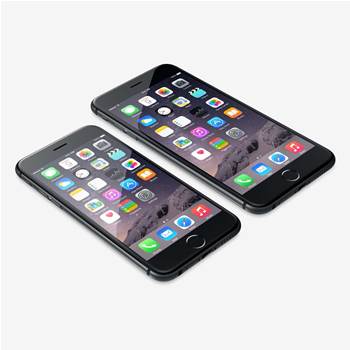 With or without China, the iPhone brand pulls big numbers.

Apple has announced that it sold more than 10 million iPhones in the first weekend after its new models went on sale on Friday.

Chief Executive Tim Cook said the company could have sold even more iPhone 6 and iPhone 6 Plus models if supplies had been available.

Analysts had estimated first-weekend sales of up to 10 million iPhones, after Apple booked record pre-orders of four million on September 12, the day pre-orders opened.

The company's first-quarter revenue is likely to be nine percent higher than Wall Street estimates, based on reported sales and projected demand for the new iPhones, Piper Jaffray & Co analyst Gene Munster wrote in a note.

Munster said he expected earnings per share to be 12 percent higher than estimates.

"Despite the supply chain constraints around the iPhone 6 Plus and tightness around certain models of the iPhone 6, we believe (Monday's) strong print demonstrates that Apple executed extremely well in the face of severe supply constraints," Cantor Fitzgerald analyst Brian White wrote in a note.

First-day pre-orders for the new phones, which went on sale in 10 countries, far surpassed the two illion recorded for the iPhone 5 model two years ago.

"While our team managed the manufacturing ramp better than ever before, we could have sold many more iPhones with greater supply and we are working hard to fill orders as quickly as possible," Cook said in a statement.

Apple sold nine million iPhone 5S and 5C models last year in 11 countries, including China, in the first weekend they were available.

Sales of the latest models in China, the world's largest smartphone market, have been delayed by regulatory issues. Analysis by blogger Horatio Dediu attempts to provide context to this omission - if China had been included, Dediu's analysis suggests the iPhone 6 and 6 Plus models would have far outstripped the daily sales rate of previous models.

Lured by the prospect of profit from smuggling the new iPhones into China, opportunists joined the scores of fans outside Apple stores in several other countries, including Australia, to buy the devices for shipping to the Chinese mainland.

Police in New Haven, Connecticut said fights broke out among customers believed to be rival groups of Chinese men and women who were apparently trying to buy as many iPhones as possible to resell them at a significant mark-up in China. Three people were arrested.

Apple said last week that many U.S. customers would have to wait until next month for their new iPhones due to strong demand. The company routinely faces iPhone supply constraints, particularly in years that involve a re-design.

The new iPhones will be available in 20 more countries on September 26, Apple said.

The shipment levels of iPhone 6 and iPhone 6 Plus are positive, given that the new models are not initially available in China, Stifel Nicolaus & Co analyst Aaron Rakers wrote in a note.

Rakers noted that the latest models would be available in 115 countries by the end of this year compared with 100 for iPhone 5S and 5C.