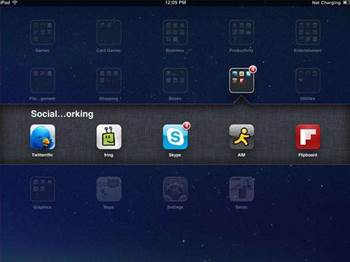 Apple has released the iOS 4.2 operating system for its mobile devices, rendering the days of  running one active application at a time to the dustbins of history.

While the new operating system covers the iPad, iPhone and iPod Touch, today Apple chief Steve Jobs focused solely on improvements to the iPad, which would benefit most from the upgrade.

“iOS 4.2 makes the iPad a completely new product,” Jobs said in a statement. “Once again, the iPad with iOS 4.2 will define the target that other tablets will aspire to, but very few, if any, will ever be able to hit.”

iOS 4.2 brings multi-tasking, already available in the iPhone 4, to the iPad, allowing the device to maintain an application's current state in the background while another runs in the foreground.

Apple claimed the iPad’s new multi-tasking feature would not sacrifice the iPad’s "up to 10 hour" battery life.

The much vaunted wireless ‘tap and print’ feature, AirPrint, however is currently only supported by three Hewlett-Packard printers: Photosmart, LaserJet Pro and Officejet.

Apple was tight-lipped about the exclusion of a feature which would allow a Mac or PC connected device to extend the range of printers, according to MacWorld.

The iOS 4.2 upgrade also improves the iPad’s brightness controls, no longer requiring users to access the panel via the Settings application.

While many of the new features focus on the consumer, such as AirPlay’s AppleTV streaming, the new OS also includes enterprise features.

It will allow enterprise users to set up Exchange accounts for Google and the unified inbox enables users to switch between accounts.