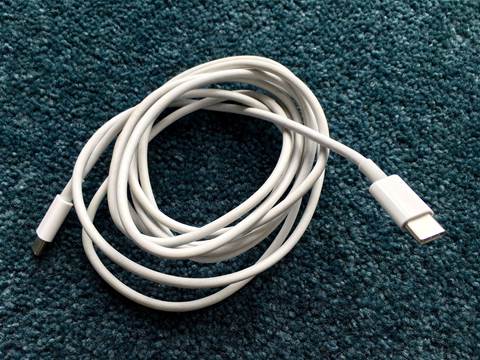 Apple will swap out a "limited" number of USB-C cables sold with its MacBook laptops from June 2015 after discovering a fault.

MacBook owners worldwide, including Australia, who provided a valid mailing address when they registered their products will receive a new cable by the end of this month.

Others who are eligible for new USB-C cables are advised to make an appointment at the Genius Bar at their nearest Apple retail store, or contact an authorised service provider.

Customers who have paid for a replacement USB-C cable can get a refund from Apple.

In January this year, Apple issued a worldwide recall for two-prong connectors shipped with its Macs, iPhones and iPads between 2003 and 2015. The faulty power connectors could break and potentially give users an electric shock, Apple said at the time.

Apple moved to USB-C in 2015, which provided a single, combined charger and display and data input/output port on its new MacBook laptop computers.