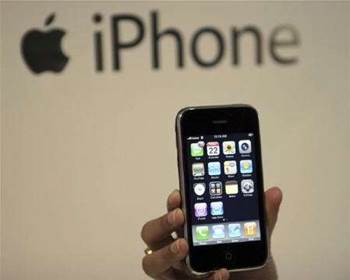 Apple has proposed a standardised SIM card smaller than those it currently uses in the iPhone and iPad to be able to produce thinner devices, an Orange executive told Reuters on Tuesday.

The move by Apple to work with operators is symptomatic of warming relations as Apple, no longer a new market entrant, depends on mobile carrier subsidies to help it maintain high volumes of iPhone sales.

A spokesman for European telecoms standards body (ETSI) confirmed Apple had made the proposal for the new standard for SIM cards, but decision on starting the standardisation work, which can take more than a year, was not yet made.

"This process may take some time, up to a year or more, if there is strong disagreement between industry players. However, when there is broad consensus among the companies participating in the standards committee, the process can be accelerated to a number of months," he said.

Orange said it, and other operators, welcomed the move.

"We were quite happy to see last week that Apple has submitted a new requirement to ETSI for a smaller SIM form factor -- smaller than the one that goes in iPhone 4 and iPad," said Anne Bouverot, Orange's head of mobile services.

"They have done that through the standardisation route, through ETSI, with the sponsorship of some major mobile operators, Orange being one of them," she told the Paris leg of the Reuters Global Technology Summit.

She said first devices using such SIM cards could come out next year. If the smaller SIMs become standardised, other phone makers are also likely to adopt them.

"At some point other vendors will follow as size and weight will be crucial for smartphones," said analyst Francisco Jeronimo of technology research firm IDC.

Apple was a divisive force in the mobile industry when it launched its first iPhone in 2007, releasing the coveted device only through selected partners and effectively forcing operators to offer unlimited data plans.

Bouverot said: "As long as it supports the requirements that we have for the SIM card, which is a very important asset for operators, which we absolutely want to continue to support, then we're happy that this is a development."

"It's certainly showing that they're willing to work with the standardisation bodies and with the operators, which we welcome," Bouverot added. "We're discussing how to improve our relationship."