Apple Pay arrives in Australia, but only for Amex 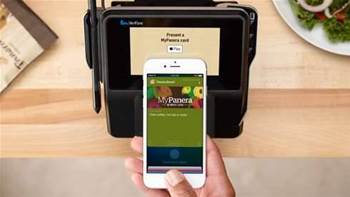 Banks still not on board.

American Express customers can start using Apple's mobile payments solution on their iDevices from today for the first time as the service goes live in Australia.

Apple last month confirmed the deal, which marked the first expansion outside the US and UK for Apple Pay.

From today, American Express card holders can add their cards to Apple's mobile wallet to pay for purchases through their iDevice.

Apple Pay will be available in stores and in apps on the iPhone 6s, 6s Plus and iPhone 6 and 6 Plus, as well as the Apple Watch and iPad Air 2, iPad mini 4 and iPad mini 3 for in-app purchases only.

Banks have been in negotiations with Apple since the payments service was announced last year, but are resisting jumping on board due to the cut of transaction fees Apple is pushing for.

It is understood Apple wants around $0.15 of the $0.83 interchange fees banks get for every $100 worth of transactions they process on customer Visa or Mastercards, similar to what Apple gets in the US.

But Australia's banks are holding back, arguing interchange fees in the US are much higher.

Users swipe their iPhone over a compatible merchant terminal at point of sale to make a payment. The buyer is prompted by their device to choose which credit or debit card (stored within Passbook) to pay with, and the transaction is authenticated using TouchID.

Apple Pay assigns a unique device account number to the card, which is encrypted and stored in the iDevice's secure element. Transactions are authorised through a one-time unique dynamic security code.