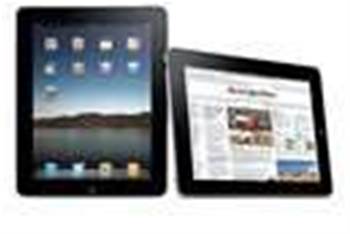 The tablet wars may have begun but Apple’s iPad is still the dominating force, according to research.

The figures from ABI Research claimed 4.5 million tablets were shipped in the third quarter of 2010, showing growing popularity for the form factor. Some 93 per cent of those sales were iPads.

Yet Jeff Orr, senior practice director at ABI Research, claimed this dominance was unlikely to continue.

“Over time, Apple’s first-to-market iPad advantage will inevitably erode to some extent,” he said.

“ABI Research has been tracking media tablets since December 2009 [but] future quarterly editions of this Market Data product will include market share tracking of all the major media tablet vendors.”

Many of Apple’s rivals in the mobile space have launched their own tablets in the past few months in an attempt to take on the iPad’s market share.

Invites have been sent out for an Apple launch event on 2 March, when the second iteration of the iPad is expected to be announced and Steve Jobs’ company must be hoping to trounce the competition yet again.

Apple has been losing some of its early market share in smartphones.

Research from uSwitch, published this week, showed the iPhone had fallen from the third most popular handset in the UK to sixth place since January, with HTC Android devices took the top three spots.

Got a news tip for our journalists? Share it with us anonymously here.
Copyright © ITPro, Dennis Publishing
Tags:
93accountsappleforhardwareipadpercentsalestablet