As many as 128 million Apple iCloud users were unable to properly access the service last night due to a series of outages.

iCloud Backup was also affected, stopping users from backing up and restoring their data to the cloud for an hour overnight.

The outages started yesterday evening after 8pm AEST and continued until the small hours of the morning. 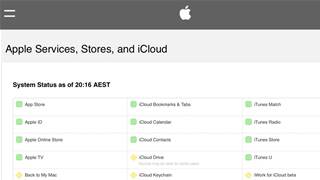 Apart from Backup, the iCloud Drive, Keychain, Mail and Account and Sign In services toppled over. iWork for iCloud beta, Back to my Mac, Documents, Photos, Find my iPhone, and iMovie Theatre were also affected by the outages.

Apple has not published details on what caused the outages.

The company's cloud services have seen several large-scale service disruptions over the last couple of years, the most recent being in March, when iTunes and App Store ceased operating worldwide, due to an internal Domain Name System (DNS) resolution issue.