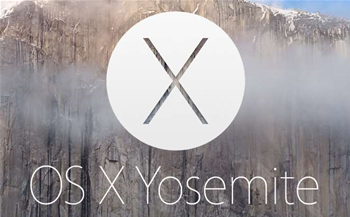 Apple today released the final build of its second major update for OS X Yosemite, which patches a number of widely reported issues.

While Apple has not yet published full details of the updates in OS X 10.10.2, improvements listed so far include fixes for a wi-fi disconnect problem, slow loading of web pages, and better audio and video synchronisation when using Bluetooth headsets.

Apple fixed the three zero-day vulnerabilities recently disclosed by Google's Project X security team, and has also patched against the Thunderstrike "bootkit" attack, which could be used to inject firmware rootkits on OS X at system start-up via the Thunderbolt I/O interface.

In terms of periCloud Drives can now be browsed with the Time Machine backup utility, and VoiceOver performance has been improved.

The Safari web browser has had a stability overhaul and yet-to-be-specified security patches, while the Spotlight search feature no longer attempts to load remote content in Mail emails, a bug that threatened users' privacy as it could be used to work out if, when and where they opened messages.