Apple expected to hold over iPhone launch until next month 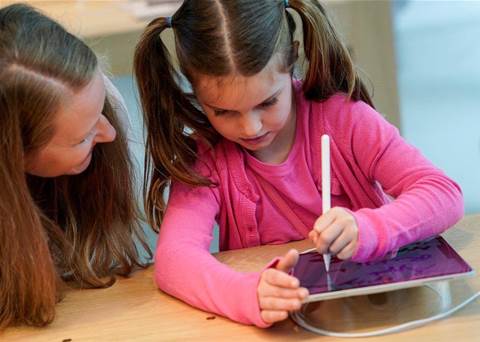 While unveiling updates to Watches, iPads this week.

Apple will broadcast an event from its Cupertino, California campus this week where analysts expect it to show updated Apple Watches, iPads and other devices while reserving an iPhone launch for next month.

Despite pandemic-related disruptions that Apple executives have said will push the release of the iPhone into October, Apple has posted earnings that beat expectations for the past two quarters powered in part by strong sales of work-from-home items such as iPads and laptops and accessories that pair with its flagship smart phones.

Apple has come to dominate the market for smart watches, with Strategy Analytics reporting in May that Apple had 55 percent market share as of the first quarter.

Because the watch must be paired with an iPhone, analysts believe it plays a strong role in helping Apple retain customers, with longtime Apple Watcher Gene Munster of Loup Ventures saying last week that the 9 percent of iPhone owners that now own an Apple Watch could expand to 50 percent in the next decade.

Analysts expect Apple to dive deeper into health and fitness features with the watch.

Bloomberg previously reported that Apple plans to unveil a service offering virtual fitness classes in which the watch could play a role as part of a larger bundle of content and services.

Some analysts also believe Apple might build a way to sense changes in blood oxygen into its newest watches, building on health sensing capabilities after adding a way to take measurements similar to electrocardiogram with its Series 4 watches.

However, many prominent Apple analysts and watchers have not confirmed the feature. Apple rival Fitbit Inc introduced a way to measure changes in blood oxygen earlier this year.

Analysts also expect Apple to unveil an update to its iPad Air, which sits between the high-end iPad Pro that has a 3D sensor for augmented reality content and the base model iPad aimed at the education market.

"While AirPods Studio will be a rounding error in terms of revenue contribution, they represent yet another example of the company integrating a new product into its hardware-software ecosystem," Munster wrote in a blog post last week.

Analysts also expect a set of small devices called AirTags, meant to be attached to devices so their owners locate them using Bluetooth and other wireless sensors.

Those devices will compete against Tile, an independent company founded in 2012 that created a similar product and has publicly criticized Apple for putting roadblocks in its iPhone operating system that make products from third-party developers harder to use than Apple's own products.