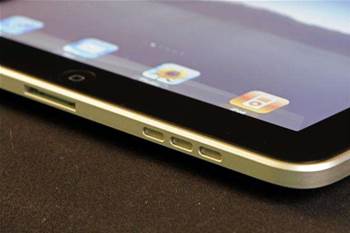 Apple CEO Tim Cook yesterday told analysts why Microsoft’s attempt to converge tablets with PCs with Windows 8 will be as useful as blending a fridge with a toaster.

Even though Apple to some extent is merging features from its iOS line up with the desktop, such as Launchpad, solid state storage and the Mac App Store, Cook argues the two devices types should remain distinct categories, in particular in the realm of touch.

“You can converge a toaster and a refrigerator, but those things are probably not going to be pleasing to the user. And so our view is that the tablet market is huge. And we've said that since day one,” said Cook at Apple's second quarter 2012 earnings call, according to a Seeking Alpha transcript.

Cook was responding to a question by an analyst about Microsoft’s apparent efforts to blend tablet touch features with the PC.

Asked why the MacBook Air and iPad would not converge, Cook responded that "anything can be forced to converge"﻿﻿, but to what end?

"[T]he problem is that products are about trade-offs, and you begin to make trade-offs to the point where what you have left at the end of the day doesn't please anyone." ﻿

Cook’s firm belief is that the tablet is a market unto its own and its potential is limitless, noting that it took 24 years to sell 67 million Macs, while Apple achieved that figure for iPads in just two years.

“And so I think iPad, it's a profound product,” he said.

While there are some similarities﻿ between the MacBook Air and iPads, Cook insisted the MacBook Air satisfied different requirements and would remain a distinct product line.

“We're going to play in both [device types]," he said.

Microsoft intends to play in both, too, but it has made a point of how tightly Windows 8 will be integrated across PCs and tablets, which analyst firm Gartner says will have little success in attracting consumers.

Gartner recently predicted ﻿WIndows 8 will gain just 11 percent of the global tablet market by 2016 by which time over 360 million units will have been sold.

While predominantly Windows PC sales have remained flat throughout the rise of the tablets, analyst firm Gartner does not expect tablet sales to even come close to current PC annual shipments of 400 million until 2016.