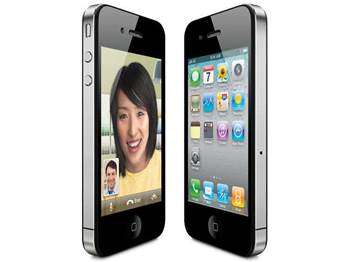 Insists its smartphones are not tracking customers.

Apple has finally responded to claims the iPhone is tracking users' whereabouts, claiming that lengthy data retention was down to a "bug" in the iOS4 software.

The iPhone manufacturer has come under fire following the public disclosure that handsets were collecting data from GPS and Wi-Fi signals that formed a record of the user's whereabouts on the handset and on synchronised computers.

The discovery led to angry responses from customers, which Apple has moved to address with a Q&A published on its website.

The company flatly denied it was tracking users, claiming instead that iPhones were "maintaining a database of Wi-Fi hotspots and cell towers around your current location, some of which may be located more than one hundred miles away from your iPhone”.

“The location data that researchers are seeing on the iPhone is not the past or present location of the iPhone, but rather the locations of Wi-Fi hotspots and cell towers surrounding the iPhone's location,” the company added.

Apple has also been criticised for the length of time it was holding the data, which can go as far back as a year.

Apple admitted the data was retained for too long, and claimed the length of retention was due to a bug, which should be fixed in the near future.

“This data is a subset (cache) of the crowd-sourced Wi-Fi hotspot and cell tower database, which is downloaded from Apple into the iPhone to assist the iPhone in rapidly and accurately calculating location,” Apple said.

“The reason the iPhone stores so much data is a bug we uncovered and plan to fix shortly. We don't think the iPhone needs to store more than seven days of this data."

The company went on to blame the outcry on public ignorance, saying end-users didn't understand the new technologies at work in their handsets.

"Providing mobile users with fast and accurate location information while preserving their security and privacy has raised some very complex technical issues which are hard to communicate in a soundbite," the company claimed.

“Users are confused, partly because the creators of this new technology (including Apple) have not provided enough education about these issues to date."

Got a news tip for our journalists? Share it with us anonymously here.
Copyright © Alphr, Dennis Publishing
Tags:
appleidentityios4ipadiphoneprivacysecurity