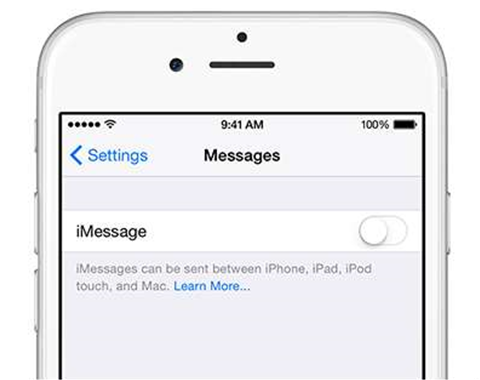 Apple has released a tool that will allow iOS users to de-register their phone number from Apple's proprietary iMessage service, to stop text messages disappearing when a user switches to a non-Apple smartphone.

The release of the online tool comes in response to long-running complaints from users who reported being unable to receive text messages after moving from iOS to a different platform.

The iMessage system detects when the user receiving a text message is also on an iOS device, and then sends the communication as an iMessage (over data) rather than as a regular SMS.

But an issue with the platform means the user's phone number remains associated with iMessage if they have not manually disabled the service before moving to a non-iOS device - meaning the user won't receive text messages from another Apple device on their new non-iOS smartphone.

Apple was hit by a lawsuit over the issue earlier this year by users who said text messages from iOS device users stopped arriving after they moved off the iPhone and onto Android.

The company has previously advised iPhone users to disable iMessage before deactivating their iPhone and switching over to a new device, but that solution did not fully fix the problem.

Users can enter their phone number into the website to receive a confirmation code from Apple sent to the number via SMS. After typing the code into the online tool, the phone number will be instantly de-registered.