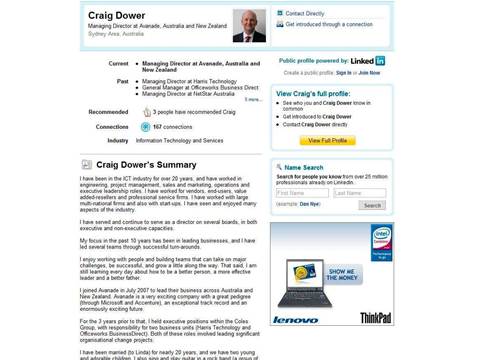 While social media like Facebook, Linkedin and instant messaging are increasingly being used in the workplace, new research shows that it's a highly unplanned area of development.

IT consultancy firm Avanade commissioned a study by Coleman Parkes Research into social media in the workplace.

The research revealed that companies understood the benefits of social networking but were strongly reluctant to implement it.

75 per cent of responding companies acknowledged that social networking will come into their business undetected if not proactively managed.

However, only 18 per cent of companies have any kind of strategy in place to integrate these technologies within the company for employees. Over 60 per cent said that integrating social media technologies was not on their agenda.

“Most organisations are in various states of denial about [social media],” said Craig Dower, Managing Director of Avanade.

The reason for this reluctance? Apathy, concerns about security and productivity, according to the research. 76 per cent of non-adopters were concerned about security, while 57 per cent cited senior management apathy.

“It’s about having a point of view about how you can use this as part of your IT strategy, as opposed to something that is just there for the younger folk.

“The more senior executives see [social media] as being of use or interest to their children, but how does it really fit into a business context?”

Half of the companies feared a negative impact on productivity, particularly among Asia-Pacific nations.

But 60 per cent of companies suggested that senior managers did not understand the potential that social media offered employees and customers.

“We’re finding ourselves involved in some early stage projects now with a large financial institution in Australia, who’s trying to understand, how do you use collaboration tools ... to help attract and retain people?” said Dower.

“So that people can take ownership of their career paths, manage their own information and plug it into a network where they can understand what training paths are available to them, how do they develop their career paths and so on.”

The costs of starting up social media usage in the workplace were 'infinitesimal', and most companies had paid those costs already, said Dower.

“The truth is that most of the money they need to spend, they’ve already spent.”

Social media requires infrastructure such as PCs, firewalls, virus protection software and access to the internet – something which most organisations already have.

Many companies already have licences for collaborative tools like Microsoft Sharepoint embedded in their enterprise agreements with Microsoft.

“Where the costs really are is investing some time and effort into understanding what is a social network and how are we going to integrate this into either our business process and/or our existing systems.

“And you have to look at that the way most IT people do, and ask, what are the costs, and what are the benefits?”

Avanade started in April 2000 as a joint venture between Accenture and Microsoft.
Got a news tip for our journalists? Share it with us anonymously here.