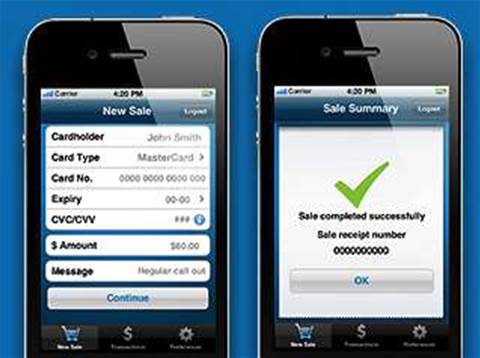 As internet banking gets its first facelift in 13 years.

ANZ Bank's new multi-channel online banking back-end will go live when its GoMoney mobile application is switched over to the Sybase solution early next year.

The bank chose Sybase365 - now part of SAP - several years ago to replace its existing online and mobile banking infrastructure.

The software allows the bank run its channels on the one platform, replacing the Finacle e-banking solution currently supporting ANZ internet banking and the M-Com solution the company uses for GoMoney and its other mobile banking applications.

GoMoney will be the first application to go live on the new platform, ANZ managing director of products and marketing Matt Boss told iTnews.

"It’s live in production and testing with our staff, and the first quarter next year is very likely when we will be rolling that out to customers," he said.

"It’ll be a progressive rollout using new features and functions through GoMoney."

The bank will take a staggered approach to shifting its existing applications onto the new platform, and is not committing to a specific deadline. The internet banking platform migration will happen "throughout the next couple of years", Boss said.

He said ANZ customers could expect to see much more "frequent and rampant" changes to the bank's presentation layer from now on.

"In a way we’ve been a bit consumed by building out a really future-state platform that allows multi-channel capabilities and now you will start to see the benefit of that platform investment," Boss said.

He cited the weekend's release of the bank's first upgrade to its internet banking site in 13 years as one example of such changes.

"We hadn’t updated internet banking in 13 years, and it feels like it’s been 13 years. Things aren’t as intuitive as they should be, it’s not as easy to get done what you need to get done," Boss said.

"When we did it we wanted to make sure we did it right: everything from the intuitive nature that comes with all good digital experiences, and being very clear that we know customers interact with us from a number of devices throughout the day. We wanted to create that consistent experience.

"The biggest change to internet banking is that it's responsive - that’s critical from a user experience."

The bank also recently gave the credit cards section of its website a facelift, and will take the scalpel to personal loans by early next month. The home page, deposits, home loans and search sections of the website are scheduled for overhaul throughout the year.

"Our digital delivery is going to start to move much more quickly," Boss said.

ANZ did, however, experience one of the drawbacks of promoting an upgrade before it actually goes live when its internet and mobile banking crashed early on Monday morning.

Customers were locked out of their accounts for several hours following the front-end upgrade, with ANZ restoring services just after midday.

Despite the promise of an uptick in digital activity, the bank still won't commit to a firm deadline for the release of its long-awaited mobile wallet.

The bank has been testing the solution internally using near-field communications since October 2012, initially on Samsung Galaxy S III smartphones and Optus SIMs.

In July this year it promised the mobile wallet would arrive by the end of the year, alongside a new tool allowing Android users to authenticate themselves at an ATM and withdraw money.

Boss said the bank would do "everything we can to get it out this calendar year" but did not rule out a further extension to the launch plans.

"What we’re thinking about is what’s the best time to launch it for customers - is it Christmas or post-Christmas," he said.

"It’ll come out in the next few months."