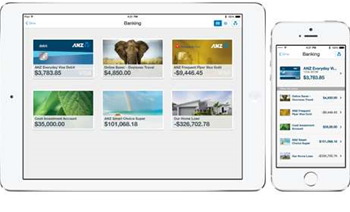 ANZ Bank has released an iOS app that gives customers one-click access to all the bank accounts, shares and superannuation funds they hold with the bank.

The bank intends to use the app to drive cross-selling between its banking, superannuation and share trading services.

'Grow by ANZ' offers one financial dashboard that tallies up all the investments a customer holds with the bank, protected by a single four-digit pin. But crucially, the app can only expose financial data of ANZ accounts. 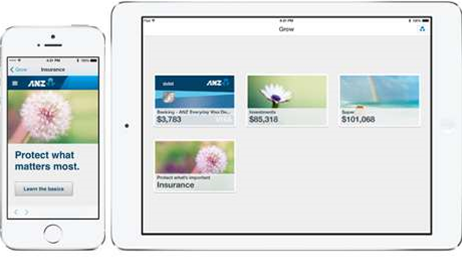 Launching the app in Sydney today, ANZ general manager of digital solutions Peter Dalton said the app was built with simplicity and security in mind. It includes all the features of ANZ's pioneering 'GoMoney' app, with the exclusion of peer-to-peer payments over SMS.

With the tap of a finger customers can transfer funds between accounts, pay bills or funds into another individuals account, execute a share trade or access user-friendly dashboards to evaluate the performance of a share portfolio. 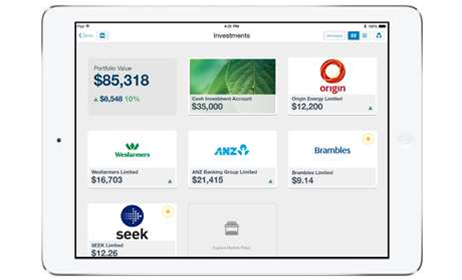 'Grow by ANZ' share trading home screen
On the superannuation front, the app leverages the SuperStream database made available by the Australian Tax Office to enable users to search for what superannuation portfolios they might hold with other institutions, with all but the balance of these accounts being listed in the app within 24 hours.

ANZ customers can then choose to rollover these accounts into an ANZ super account in a single click (i.e. without the need to fill out forms), with the bank doing the work at the back-end to complete the process in 14 to 30 days, alerting the customer when the portfolio has been consolidated via a push notification.

While 'Grow by ANZ' is a first as a mobile app, it competes with web sites released by The Commonwealth Bank and Westpac that offer a wider view of a person's finances. CommBank's MyWealth web site allow users to also view property and insurance assets a customer holds with the CBA, while Westpac has built tools to allow its customers to view investments held with third parties.

ANZ Global Wealth chief executive Joyce Phillips said ANZ was “looking to plug in aggregation tools” so ANZ customers can view their holdings in other financial organisations within the same app, but did not set a timeframe for this feature.

Dalton said the app will be updated around twice a year. Features on the immediate roadmap include insurance assets held with the ANZ (first cab off the rank) and a ‘click-to-call’ voice session with an ANZ Wealth consultant for financial advice (within 12 months).