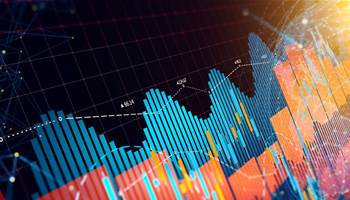 ANZ Banking Group has set up a series of direct data feeds with the NSW government’s Data Analytics Centre (DAC) to supply de-identified aggregate transactional data during the coronavirus pandemic.

The retail bank is providing the data - which is sourced from credit and debit cards, as well as merchants - as part of its multi-million dollar transactional banking contract with the state government.

ANZ data and automation group executive Emma Gray this week said the aggregate data had allowed the government to better understand the economic and social impacts of the coronavirus.

“When Covid hit, the NSW government like many of our institutional customers … really was trying to grapple with what’s happening, what’s going on,” she told the state government’s Privacy Enhancing Technologies Summit for Data Sharing on Tuesday.

“The urgency of the situation really exacerbated the need for different datasets to be brought together, delivered in as close to real-time as possible, and at the most granular level we could.”

Gray, who was previously ANZ’s chief data officer, said the bank “put in place direct feeds of our credit and debit card data plus merchant data” - a “very substantial dataset” that is being delivered on a weekly basis.

“The provision of our data allowed the NSW government team to co-mingle our dataset - which they were not very familiar with - with other datasets to produce kind of the master data,” she said.

“Thereby, [they could] derive insights and use their own dashboards - which their own stakeholders are comfortable with, and that’s just part of breaking down the human barriers, making sure that you can see things in ways that you’re familiar with.”

ANZ puts its raw data through “a number of filtering and de-aggregation techniques” to anonymise the data, which is drawn from “different datasets across delinquency, liquidity, spend behaviour, JobKeeper, repayments, loan drawdowns, and net debt”

The bank has also been able to send “transformed data in a value added form from within [its] own native data environment”, offering more complete insights to the whole-of-government data analytics agency.

Transformed data, as opposed to raw data, is converted into “safe and intelligent signals” that ANZ tailors to its institutional customers, as well as its internal research team, using end-to-end processes, she said.

In one instance, ANZ used “machine learning to develop a social distancing effectiveness and compliance score, and it was based on individual spend behaviour and business closure behaviour”.

“Direct data feeds and transformed data feeds delivered into a highly secure data environment - which is what the NSW government’s DAC team have - are incredibly useful, so that works very well,” Gray added.

Before the ANZ began feeding data, it performed “substantial diligence” on the DAC’s data environment and established a legal framework for the data sharing, which Gray admitted the bank does not do regularly.

The environment was deemed a “significant” factor in its decision to supply data, as was the urgency of the situation and the co-development approach taken, which helped bring down “barriers to data sharing, which are really very conservative at banks”.

“I do think … it was actually that joint team, the ways of working that gave me confidence over time that, not only was it working from [NSW’s] standpoint, but we were actually creating really great insights that we’ve now been able to use,” she said.