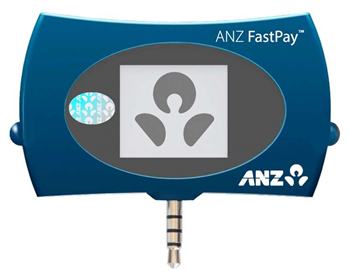 ANZ Bank will equip its national network of automatic teller machines with EMV "tap and pin" technology, allowing customers to bypass insertion into the card reader in order to prevent against card fraud.

In conjunction with Visa and ATM manufacturer NCR, ANZ will roll out the technology to all its ATMs progressively before the end of next year.

He said the ATM tap and pin solution would "go a long way" in the fight against card skimmers.

“The growing dependence on technology means customers want simpler and faster ways to bank – but they also want to know their money is secure," he said in a statement.

The transaction value limit for the tap and pin feature will not be any different to a person's normal daily limit, a spokesperson said, which generally sits around $1000.

The solution will be available on all Android devices running version 4.4, which introduced host-based card emulation allowing NFC payments to bypass a carrier's secure element and emulate a card to talk directly to an NFC reader.

The bank has been testing a mobile wallet using near-field communications since October 2012, initially on Samsung Galaxy S III smartphones and Optus SIMs with 25 ANZ staff, including CEO Chronican.

ANZ similarly trialled a contactless payment solution on iPhones - which until this year did not have NFC capabilities - with a third-party case and micro SD cards for the secure element, which was unsuccessful due to customers disliking the case and preferring native NFC.

Apple introduced NFC functionality on its new iPhone 6 models this year, but opted to restrict the technology to its own payments solution, Apple Pay, rather than open it up to third-party developers.

Chronican has previously signalled an interest in Apple Pay, but said the bank would have to take a wait and see approach, given the solution has not been given a launch date for Australia.

The bank also today said it would launch an EMV and PCI-compliant card reader for business customers of its FastPay mobile banking app in the first half of next year.

The device - which was developed with mobile payment company Thumbzup - will connect through the audio jack port in an iOS or Android device and allow business customers to process credit or debit cards with a PIN on a mobile device.