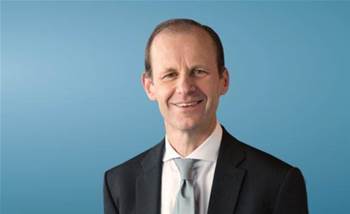 First product from its ANZx division.

ANZ Banking Group is set to launch the first customer-facing proposition through its major banking transformation program ANZx in early 2022 titled 'ANZ Plus'.

ANZ Plus will act as a new channel designed to assist customers with their savings, build healthy spending habits and offer financial coaching.

The proposition is designed as a “fintech meets big bank approach” in “its capability and the way it works but with the brand of an ANZ" plus "the strength of our balance sheet," ANZ CEO Shayne Elliott said.

The major bank first revealed to iTnews that it was building a new banking platform in a highly ambitious program back in 2019 to better serve its customers.

Speaking today during ANZ’s 2021 full year results, Elliott said ANZ Plus “will become the cornerstone of how our retail and small business customers bank with us in the future.”

“We've built a team of over 800 people. More than half are engineers and many joining from leading technology companies like Apple, Amazon and Square,” Elliott said.

“We're using this talent to completely rebuild our capability and integrate a raft of contemporary technology.

“Now the work is challenging and it's mostly unseen, but this year we made significant progress, building a platform for low cost, scalable, resilient growth.”

The 800 staff are housed in their own building away from ANZ to offer some functional separation and enable more focused innovation.

Elliott said over the year ANZ has integrated 11 platforms onto the new 'ANZ Plus' platform “including Salesforce for CRM, ForgeRock for identity and access management, Zafin to manage products and Twilio for contact centres” plus “built nine major assets from scratch”.

“With the foundations complete we're now building a range of new customer propositions based around our nine principles of financial wellbeing," Elliott said.

“We're currently testing our first proposition with staff and we'll be ready to launch with new customers early in 2022 under the new brand, ANZ Plus .”

It’s expected many of these additional services will be delivered through various strategic partnerships built through ANZ's own ventures and incubator business 1835i, carved out from its ANZi innovation division.

“Through 1835i we only invest where we see a path to acquire more customers, deepen relationships, or co-develop new propositions that we couldn't develop on our own," Elliott said.

“In addition, we've invested in eight fintechs like Lendi and Airwallex and launched three startups, each intended to drive customer acquisition and deepen engagement.”

Elliott acknowledged ANZ has “been pretty quiet about ANZx” but said more discussions will be had “particularly as we launch ANZ Plus and prepare to test digitised home lending.”

The plans fall under ANZ’s broader “simplifying the bank” strategy as it looks to keep its total cost base at $8 billion, with $7 billion dedicated to expenses and $1 billion for ongoing investment.

During the bank's half yearly results in May, Elliott assured investors its technology investments such as ANZ Plus will bring “the reported cost base to around $8 billion” over the long term.

Elliott reinforced the bank's determination to follow through with this during Thursday’s analyst briefing, stating it is “well on the way to exit 2023 at our … ambition”.

In other highlights, the bank's automated business lending proposition ANZ GoBiz averaged 2900 applications a month since launching in May 2021.

Total retail products sold through digital channels rose to 49 percent in Australia, up 30 percent from two years ago.

ANZ reported a full-year statutory profit of $6.162 billion, up 72 percent on the prior year.

ANZ also reported a $6.2 billion in cash profits, a 65 percent rise from the year prior.