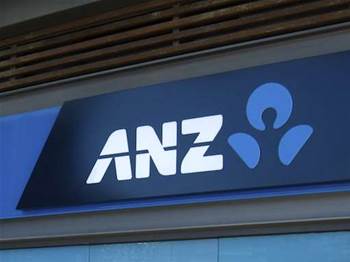 ANZ Bank has taken its first steps in what will be a years-long effort to move its corporate systems out from an on-premise and licensed environment to software-as-a-service.

The bank is a long-time Oracle shop for ERP (enterprise resource planning). But where it has previously used on-premise versions of PeopleSoft and Hyperion, ANZ has decided to go all-in with Oracle’s SaaS Fusion suite to free up its IT staff from tasks like patching to providing more value-add services.

It took the first leap at the end of 2014 with the migration of its PeopleSoft remuneration platform onto the Fusion human capital management (HCM) module.

The success of the deployment prompted ANZ to make the decision to shift the rest of its ERP systems onto the Fusion suite - specifically Financials Cloud and EPM Cloud (enterprise performance management) - over the next few years.

While it discussed the option of moving its existing PeopleSoft platforms onto infrastructure-as-a-service and platform-as-a-service, the lack of a PeopleSoft SaaS offering coupled with the success of the HCM Cloud deployment pushed ANZ Bank towards the fully hosted and managed Fusion.

The bank was also won over by the fact that it could have its systems hosted by Oracle on a dedicated instance, rather than in a multi-tenanted environment, ANZ’s general manager of technology corporate centre Estelle Vorster told iTnews on the sidelines of Oracle OpenWorld.

Oracle this week announced it would offer the option of hosting its cloud software wherever a customer requests; their own data centre, a third-party data centre, or in one of its own facilities through its ‘Cloud@customer’ product.

“That flexibility is wonderful for us,” Vorster said.

"We operate in 34 countries, so we answer to 34 regulators, and in some countries the data needs to be kept there. So our roadmap is aligned to that of Oracle's as they provision data centres in specific countries, meaning we’ll be ready to go live in those countries when Oracle is.”

The structure and timeline of the remaining deployments is yet to be determined. Proof-of-concepts currently underway will help determine what goes live where and when, Vorster said, but she tentatively expects budgeting and planning - EPM Cloud - will be next in line.

Reskilling for the cloud

Around 600 of ANZ Bank's 6000-strong IT team are currently tasked with managing its corporate systems.

Given much of the traditional systems administration work associated with its on-premise PeopleSoft platforms will now be handled by Oracle, the bank is reskilling its staff in the new cloud environment and directing them towards innovation-based activities.

“Having lifecycle management, capacity management, and performance all being taken care of as part of the subscription, it allows us to move our people to more value-added services rather than patching, which is not that much of a stimulating activity,” Vorster said.

“Innovation is absolutely our key objective here. The ability to try new ideas quickly - I like the phrase ‘succeed fast’ rather than ‘fail fast’ - and take risks without new investment, that’s a big driver.”

She said that while her team would no longer need to worry about patching and the smooth operation of its corporate systems, there was “more than enough work” dealing with things like user acceptance testing, regression testing, and fully understanding all the functionality of the new platforms.

ANZ's ERP overhaul mirrors that of fellow bank HSBC, which also this week detailed its recently-completed global shift to the Fusion platform. The project marked its first deployment of a cloud-based platform.