ANZ Bank opens up its mainframe 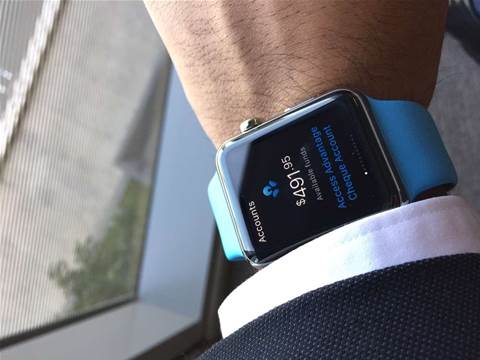 New APIs will be offered to third parties.

ANZ Bank has opened up its mainframe with around 20 new application programming interfaces (APIs) tapping directly into its two main core banking applications.

The mainframe includes the z/OS Connect tool, which lets APIs be written directly into the Customer Information Control System middleware.

It allowed the bank to avoid replacing its core system of record, given it could write an API directly into a core banking platform running on the mainframe "in half the time and for a fraction of the cost that it used to require for integration”, CIO Scott Collary said at the time.

The bank has finished building just over 20 APIs that are now running from its two core banking applications, its CAP deposits and loan system and Vision Plus credit card platform.

It means it can now more easily expose things like account detail look-up, customer account validation, and customer address look-up, and retrieve customer details for its deposits and loan system.

For Vision Plus, it can pull merchant information look-up, card activation and deactivation, blocks and disputes data.

“It’s a combination of data and services,” Collary told iTnews.

He said one of the drivers for the initiative was to “make things internally look more like the outside world”.

“Previously we basically built an integration layer, more of a service-oriented architecture, that allows us to build service messages that would go and retrieve certain information. It added layers of complexity,” Collary said.

“Frankly it is much faster and cheaper to build in this way."

ANZ's existing environment included a mixture of different technologies from the likes of IBM and Tibco.

The new APIs will soon become available to ANZ Bank partners - the bank’s digital and business teams are currently identifying which third parties they want to offer the service to.

ANZ expects partners will be keen to tap into the reward points look-up, card activation, account validation, and available balance functions, among others, that the APIs provide.

Collary also highlighted potential use cases for the national new payments platform, currently being built by Fiserv and Swift and scheduled to go live next year.

The NPP, which all Australian financial institutions will connect to, will provide same-day settlement of bulk and direct payments, real-time retail payments, and the ability to finalise low-value payments outside banking hours. It will also support overlay services so banks can offer tailored products.

“We’ll certainly have the capability to use these APIs in that program,” Collary said.

“It could be account validation, available balance for making payments, it could be biller look-up, customer look-up - it depends on the use cases of the NPP.”

ANZ’s front end developers are subscribing to the new APIs for any new tools and services, and the bank will tackle the replacement of its existing integration methodologies over time as part of a wider application rationalisation drive.

Collary estimates there are currently around 1500 different applications across the bank, many of which are duplicated due to the disparate nature of the application environment.

ANZ’s objective to simplify its internal operating environment will see that figure scaled back significantly over the coming years.

But rather than tackle the whole thing as one package, Collary’s more staggered approach will see those in the “backlog” - end-of-life/support applications - prioritised first, with others to be looked at as they come up for renewal, upgrade or update.

The bank is also splitting the drive into segments; its institutional bank is an early participant in the program given it specified application rationalisation as part of its business strategy.

“We’ll do it in terms of business priority and end of life,” Collary said.

“On our front end channel we have Grow and Go Money and internet banking - we’re [also] looking with the new [z/OS Connect] technology at how we can start consolidating some of the services associated with those offerings. So as we move forward building we’ll do that in a way that can be consumed by those channels.”