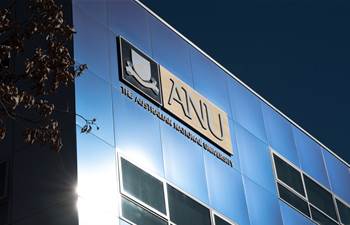 As Jonathan Churchill joins the team.

The Australian National University has found a new chief information officer after a lengthy search.

Churchill will replace former CIO Karen Hill who held the role for five years before departing in late 2019 to relocate to Queensland.

“Given Covid, and the importance of digital in the operations of today’s organisations, CIOs are in hot demand,” said Duldig.

“That’s why we are really pleased to have appointed Jonathan Churchill from an extremely competitive field of high-calibre candidates.

“Jonathan brings a wealth of experience in both IT and the university sector, having spent many years at both the University of Adelaide and James Cook University.

“We are really excited he has decided to join ANU to lead our extensive $300 million digital master plan.”

ANU’s digital master plan has been designed to improve technology services across all aspects of the university and the wider community through to 2030.

Garry Whately led the development of the digital masterplan during his time as interim CIO from late 2019, alongside Helen Duke who acted as deputy CIO. Both will stay on at ANU.

“Helen remains a valuable member of our IT leadership team and Garry will stay on in an advisory capacity while we being to implement our digital masterplan,” Duldig said.

Priort to joining ANU, Churchill held the CDO role at JCU for over two years, having previously spent close to six years as director of IT and resources at the university.

He also spent five years as the associate director for technology at the University of Adelaide.

JCU declined to comment on what the next steps are in replacing Churchill's CDO role at the the Far North Queensland-based university.