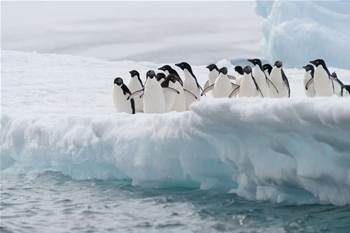 The Australian Antarctic Division will upgrade its existing storage and backup system by August to meet expected growth in its production data capacity requirements over the next five years.

The new storage solution will need to cater to the division’s 300 staff across its main facility and data centre in Kingston, Tasmania; stations and expeditions in the Antarctic; and facility within the University of Tasmania.

The division wants a new system installed with a base capacity to handle 150TB of production data.

Its current production data requirement is just over 95TB, consisting 55TB of "file shares", 25TB for a VMware implementation, and smaller capacity requirements for Exchange, SQL and video storage.

Though production data storage requirements grew 60 percent a year between 2007 and now, the growth rate was due to long-term centralisation of scientific data from offline stores, and is not expected to continue at that pace.

The division also indicated it is in the process of establishing a business continuity facility about 30 kilometres from its Kingston data centre.

The facility will consist of two 42U rack units that will house "all backup, archive and business continuity infrastructure" once the site fitout is completed.

In the event of failover from Kingston, the storage systems at the secondary site must "provide sufficient performance and capacity to bring ... key ICT Systems ... online for a core group of uses [sic] (approximately 10 percent of the user base)", the division noted.

The tender document also revealed plans to scale out a mixed virtual desktop and vApp system, from 100 to 350 users.

A division spokesperson declined to comment on either project.