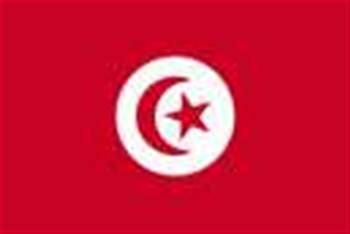 Hacking group Anonymous has turned its attention to Tunisia and appears to have had success in taking down the Government’s official website.

At the current time, the www.tunisia.gov.tn site is not loading following a call from Anonymous to help Tunisians break free of what the group called “oppression.”

“This is a warning to the Tunisian government: attacks at the freedom of speech and information of its citizens will not be tolerated,” a statement from Anonymous on AnonNews read.

“It's on the hands of the Tunisian government to stop this situation. Free the net, and attacks will cease, keep on that attitude and this will just be the beginning.”

The new campaign comes hot on the heels of another Anonymous call to launch strikes against Zimbabwean websites. Again, human rights issues were the focus of the hacktivists’ ire.

Anonymous said it had taken all news content from the Finance Ministry's site offline, replacing it with the following message: "We are Anonymous. We are Legion. We do not forgive. We do not forget. Expect us."

A person speaking on behalf of Anonymous said: “We are targeting Mugabe and his regime in the ZanuPF who have outlawed the free press and threaten to sue anyone publishing WikiLeaks.”

The Anonymous group became famous in 2010 for its work against organisations that dropped support for WikiLeaks, in particular MasterCard and PayPal.

Got a news tip for our journalists? Share it with us anonymously here.
Copyright © ITPro, Dennis Publishing
Tags:
anonymousgovernmentonsecuritytakestunisian