Anonymous empire strikes back against HBGary 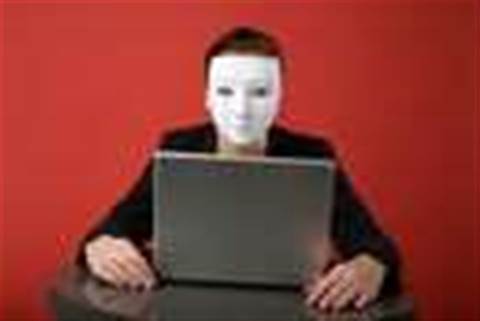 Anonymous has leaked another set of emails from security firm HBGary, with revenge being the chief motivation.

The group used Swedish website The Pirate Bay to leak the data as a torrent archive. The 27,606 HBGary emails come from the total 71,802 that Anonymous had acquired.

HBGary had been working with the FBI to identify Anonymous’ members. Earlier this month, HBGary’s chief executive, Aaron Barr, said in an interview with the Financial Times that he had discovered the identities of Anonymous members.

Anonymous leaked much – but not all - of the information it found. Now the group has leaked what seems to be the remaining data.

The reason? Judging from the message Anonymous posted as the torrent’s description, there seems to have been a combination of two causes: revenge and responsibility.

Anonymous devoted most of its message – directly addressed to HBGary - to attacking the cyber security firm.

After referring to the 'humiliation' it made HBGary suffer with its first attack, Anonymous went on to justify the second leak.

"We were willing to stop attacking you," the group said. "We were even willing to leave you be entirely - but now you have provoked us, and there will be no mercy."

The purported provocation was a public threat, coming from Greg Hoglund, chief operating officer of HBGary, who had reportedly been pushing legal action against Anonymous.

"Let's not forget that the first time you tried to do something like this, we did not overlook it, and we are not overlooking it now," Anonymous warned.

But what seems to have upset Anonymous most was the claim that it falsified information.

Anonymous' response was straight: "Anonymous has falsified nothing."

The hacktivist group said it had leaked the full content of HBGary’s inboxes, with no edits and defended itself by saying most of the leaked emails contained digital signatures, proving they were authentic.

"This information is now free to the public, and you honestly think you can wriggle your way out of it by accusing Anonymous of tampering with your data?" the group concluded.

Elsewhere, a member of Anonymous has bragged about acquiring the code for Stuxnet. A tweet from atopiary read: "Anonymous is now in possession of Stuxnet - problem, officer?"

However, Snorre Fagerland, a senior threat researcher at Norman IT Security, claimed in a tweet that Anonymous only had Stuxnet binaries and disassembly, not the original source.

"Nothing new from what is already public," Fagerland added.