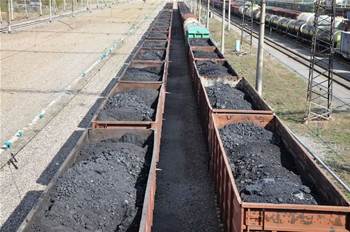 On top of similar gains in past three years.

Anglo American expects to see a 40 percent productivity improvement due to technology between now and 2020, on top of a 40 percent boost it has already achieved over the last three years.

"Since we started thinking about our business in a very different way, our productivity is up by around 40 percent since 2013," Anglo American CEO Mark Cutifani told the annual Mining Indaba conference in Cape Town.

"I would expect to see the same level of improvement from where we are today to be delivered through our current programmes by 2020."

Anglo was focused on the smart use of data and "integrated systems thinking" to cut maintenance spending and reduce safety risks.

"We are using advanced analytics to interrogate existing data and to estimate the probability of component failure in some of our most important mining equipment," he said.

Anglo American operates coal mines in both Queensland and NSW.

Anglo reported a sharp production fall at its Los Bronces copper mine in Chile at the end of last year offsetting an overall increase in mineral output across its mines.

The global mining sector recovered strongly last year as metals prices rebounded, led by Anglo American, the top performer in the FTSE 100 index as the company's shares recovered from a big sell-off in 2015.

Although the worst period for the mining sector may have passed, tough and uncertain times continue to lie ahead, Cutifani said.

"That is why resilience is so important," he said. "We have to be leaner, we have to be hungry and we have to keep evolving quicker than our competitors."