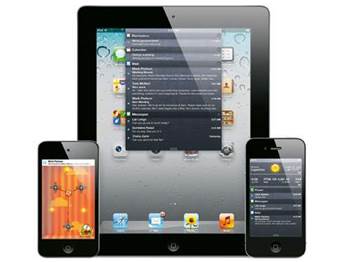 Surpasses take-up of any other consumer technology.

Smart devices are being taken up by consumers ten times faster than the rate of personal computers in the 80s, according to app analytics firm Flurry.

The rate of adoption "has surpassed that of any consumer technology in history," Flurry said, being twice as fast as the Internet boom of the '90s and even three times quicker than the take-up of social media and networking.

According to Flurry, the unprecedented growth of iOS and Android smart devices coupled with global software distribution meant there has never in the history of technology been a better time to be a software developer.

In July this year, Flurry estimated there were 640 million iOS and Android devices in use.

The company tracks and uses data from over 200,000 applications on these devices.

It noted that iOS and Android usage is rapidly expanding outside the early markets of North America and Western Europe.

While the US remains the largest iOS and Android market currently, China could overtake it as early as end of this year as user numbers of the mobile operating systems grow rapidly in that country. 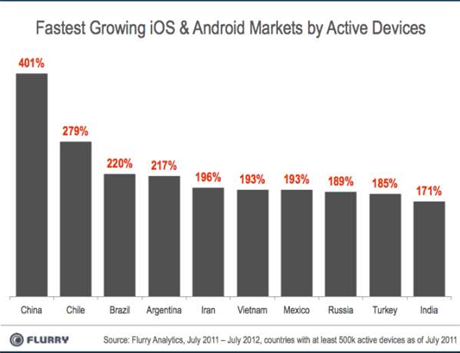 Australia has the eleventh most iOS and Android users in the world, after Brazil and Spain.

However, the Australian iOS and Android market has the fourth highest penetration among adults 15-64 years of age at 79 percent, Flurry said, a figure similar to other OECD countries such as Norway, UK, Denmark, Switzerland, South Korea and the US.

Only Sweden, Hong Kong and Singapore have higher user penetration of iOS and Android.