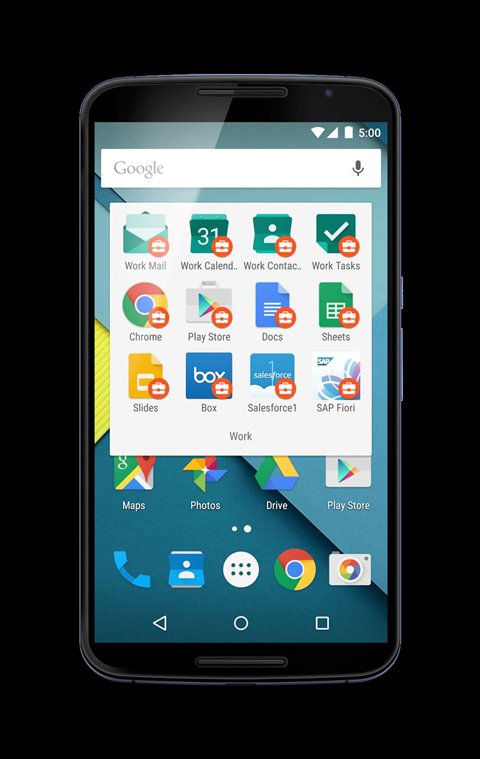 Standalone app for users on Android 4.0 and up.

Google's set of applications for the enterprise, Android for Work, has landed on the company's Play store for users on Android 4.0 or higher.

Android for Work was initially only compatible with the 5.0 Lollipop version of Android - the technology is built natively into that version of the operating system.

Opening up Android for Work for users on 4.0 and higher via a standalone app means more than 90 percent of Google's customer base will have access to the technology.

The application suite was first launched in February. Android for Work separates a user's device into work and personal partitions, similar in nature to BlackBerry Balance and Samsung Knox.

Partitioning enables workers to run any application using business and personal accounts on the same device thanks to technology provided by Divide, a start-up Google acquired in 2014.

The Divide tool creates what Google has termed "work profiles", which separates applications and data deployed by organisations from users' personal apps and data.

Businesses must be partnered with one of Google's enterprise mobile management partners - including MobileIron, Citrix, VMWare and AirWatch - for the platform to be set up and managed.

Google Play for Work allows any app in the store to be deployed by an IT team without the need for it to be provisioned for control purposes.

Similarly, users will be able to install any application approved by their business from the store, and the organisation's administrators can delete or push out apps.