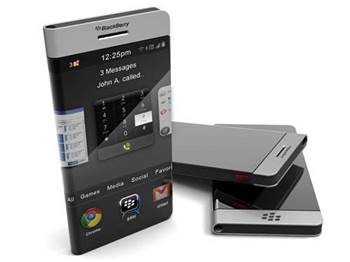 BlackBerry’s decision to finally offer a multi-OS mobile device management product appears to be bearing fruit, with the majority of existing BlackBerry shops within large Government agencies upgrading to BlackBerry Enterprise Service 10 (BES10) to support the management of Android and iOS devices.

The Australian National Audit Office (ANAO) was the most recent agency to migrate to BES10 and BlackBerry Secure Workspace for the managing of BlackBerry, Apple and Android smartphones.

The ANAO decision could influence many other agencies currently considering alternatives from the likes of Good Technology and VMware-owned AirWatch.

CIO of ANAO Garry Pettigrove said his agency sets the standard for a secure mobility strategy, and as such he sought a solution that enabled choice for his employees - many of whom opt for non-BlackBerry devices.

"We looked at several solutions apart from BES10 including Good, AirWatch and MobileIron," Pettigrove told iTnews.

"BlackBerry was the last to the market and we were holding off to see what they could offer. In the end it was an easy decision. It integrated with our environment. We already had the BlackBerry Server in place."

This was sweetened with BlackBerry's recently announced price cuts for handset devices..

"It was about price, value and productivity for our clients and their satisfaction. They traded in all the old handsets. All that helped," he said.

The solution will be rolled out to support ANAO’s 350 staff over the coming months.

Pettigrove revealed a plan to offer staff a virtual desktop and an Apple iPad, with power users running big spreadsheets to be offered a fully-fledged laptop.

Approximately 65 percent of BlackBerry's customer base have migrated to or are trialling BES10 since its launch in verticals such as government, finance, mining and professional services, according to BlackBerry’s ANZ manager Matt Ball.

"Are we forging into brand-new, uncharted BlackBerry customers with BES10? Probably not," Ball told iTnews.

"Are the people we are talk to in our customer base? Yes."