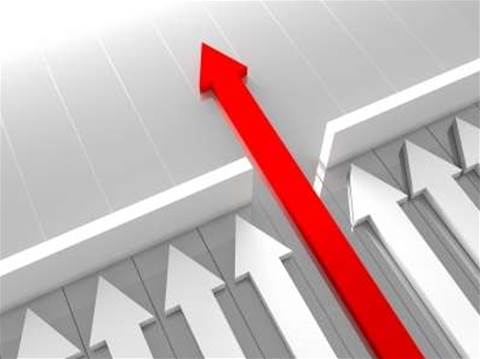 Worldwide software-as-a-service (SaaS) revenues in the enterprise application software market will surpass US$8.5 billion (A$9.5 billion) this year, according to new figures from Gartner.

The forecast means that the SaaS market has grown by 14.1 per cent compared to 2009 revenues, which the analyst firm said totalled US$7.5 billion.

This compares with figures released last November, which highlighted a rise in market growth to US$6.4 billion in SaaS sales worldwide in 2008.

The projections suggest a marked acceleration in the enterprise adoption of the SaaS model, which Gartner defines as software that is owned, delivered and managed remotely by one or more providers.

The latest figures also indicate that SaaS will take a bigger share of the enterprise software market over time. Gartner predicts a shift in total revenue from just over 10 per cent of the combined markets in 2009, to more than 16 per cent in 2014.

Sharon Mertz, a research director at Gartner, explained that interest in cloud computing had boosted SaaS adoption, helped by the allaying of security and availability fears.

As a result, the report predicted that current SaaS delivery revenue that could be considered as a cloud service is already 75 per cent of the total market and could exceed 90 per cent by 2014.

"Adoption varies between and within markets and, although use is expanding to a wider range of applications and solutions, the most widespread use is still characterised by horizontal applications with common processes, among distributed virtual workforce teams and within Web 2.0 initiatives," she said.

The forecast predicted continued growth across all SaaS segments through to 2014, marking out the project and portfolio management, and content, communications and collaboration sectors as beneficiaries.

Gartner said last month that the model had re-energised the software market, and urged enterprises to reassess the role it had to play in enterprise IT systems.

At that time, David Cearley, a vice president and fellow at Gartner, revealed that SaaS represented 3.4 percent of total enterprise spending in 2009.

Rob Lovell, chief executive at cloud computing provider ThinkGrid, commented that Gartner's figures "pretty much support what we are seeing on the ground".

"Ultimately, Gartner's predictions show that the cloud model has made its mark, and is fundamentally changing the way we all access and pay for IT," he said.

Got a news tip for our journalists? Share it with us anonymously here.
Copyright ©v3.co.uk
Tags:
cent cloud enterprise market per saas software