Analysis: Where to now for ACTA? 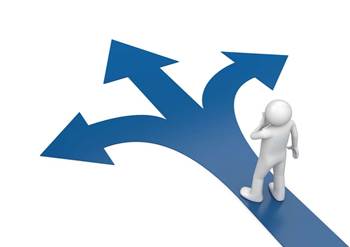 The release of what has been described as the 'final draft' of the Anti-Counterfeiting Trade Agreement (ACTA) came as some relief to the service provider community, particularly after some of the more draconian suggestions in previous drafts appeared to have been scrapped.

But by no means is ACTA a done deal, nor will the controversy around its secretive negotiation subside even after it is.

Officially, the released ACTA text [PDF] is not yet in its final form but rather is described as an "Informal Predecisional/Deliberative Draft". Some of the negotiating parties expressed reservation on specific parts of text, which are highlighted in the text by underlines and italic letters.

But even if Australia's negotiators - led by the Department of Foreign Affairs and Trade, IP Australia and the Attorney General's Department - are satisfied with the final draft, there is a long process ahead before ACTA is ratified by Australia.

For ACTA to take effect, six of the 27 parties (nations) involved in the negotiations have to sign the agreement within a two-year period from the date the text is finalised.

The Australian Government has highlighted that any decision to sign ACTA would only be made after "full public and parliamentary scrutiny".

Interestingly, the most likely scrutiny would include a review by the Federal Government's Treaties Committee.

Since 1996, a Treaties Committee has been appointed by the Commonwealth Parliament to review and report on all treaty actions proposed by the Government.

The 16-member committee - made up of Senators from both parties - currently includes one Senator that has shown strong reticence to support ACTA as it appeared in prior drafts.

Greens Senator Scott Ludlam - representing a party that was a vital ally to the ALP during the line-ball 2010 election - has repeatedly expressed concerns about the impact of ACTA.

In Parliament, Ludlam has questioned the need to sign ACTA considering the provisions and protections within the TRIPS [Trade-Related Aspects of Intellectual Property Rights] agreement.

Ludlam also expressed concerns that internet service providers would be inundated by a "massive influx of applications for injunctions" over the actions of their subscribers as a result of the agreement. These concerns appeared to have been addressed in the latest draft of the treaty.

If the Treaties Committee recommends that the Government sign ACTA, the agreement would also be tabled in Parliament for a period of at least 15 sitting days before action is taken that will bind Australia at international law to the terms of the treaty.

The tabling of the treaty is likely to also be accompanied by a National Interest Analysis (NIA) which explains why the Government considers it appropriate to enter into the treaty.

Given that the text is not yet final and the review processes are yet to take place, an Australian Government that wishes to sign ACTA won't have the opportunity until well into 2011.

Australian negotiators have re-assured industry stakeholders over concerns raised by academic Kimberlee Weatherall around how ACTA would be updated in the future.

Weatherall had raised the prospect that if the Federal Government made a decision to ratify ACTA in its watered down form, the agreement could later be amended without a requirement for public consultation.

But any amendments made to ACTA after it comes into effect are required to be made by consensus. If Australia does sign on for such amendments, they would need to be separately reviewed and ratified to bind Australia in law.

Australian negotiators have also said in fact sheets on ACTA that the three strikes policy much feared by ISPs (and some of their customers) was never on the agenda during the ACTA negotiations.