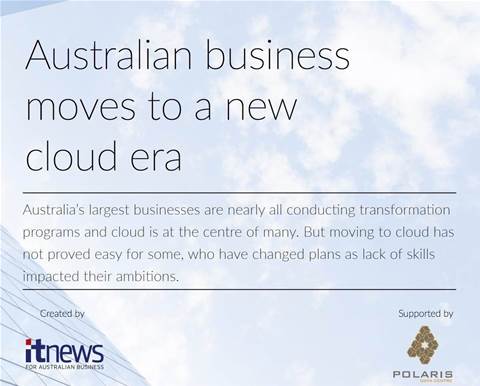 iTnews today launches a major new report on the state of IT in Australia’s biggest companies.

The audit of the projects major businesses are undertaking, and the skills they need to execute them, was conducted after extensive research across the ASX 50.

The iTnews team used interviews, transcripts and videos of speeches and conference presentations made by IT leaders, every ASX 50 annual report, plus numerous third-party research reports and our own story archive, to build a picture of the skills challenges faced by local businesses.

The resulting sixteen-page report shows that transformation is no mere buzzword among the ASX 50: Australia’s largest listed companies are getting on with major projects and cultural changes that have seen them embrace cloud and SaaS, while also adopting agile and entrepreneurial practices straight from Silicon valley.

But those plans are sometimes stuttering because the companies’ ambitions don’t match the skills found among their staff, or the skills available in the wider Australian workforce.

The report can be accessed here.