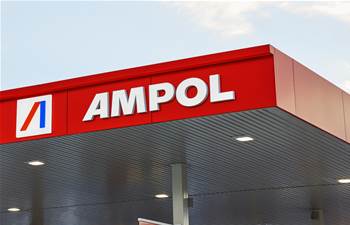 Ampol has found a new chief information security officer with Frances Bouzo taking on the role to lead the cyber security team.

Formerly known as Caltex, Ampol rebranded in 2019, leading to a reshuffle of its IT leadership structure.

Bouzo joined the company in April; she was previously the head of IT security and CISO at NSW government insurance agency icare NSW.

In her new position, she will oversee the development of Ampol’s security programs, and report to Ampol's IT director Alisa Cooper.

“[Bouzo] will lead the cyber security team and will be focused on growing and strengthening our information security functions,” Cooper told iTnews in a statement.

“She brings with her significant leadership experience in cyber security, with previous roles including head of IT security at icare NSW and director of security risk and controls at Aon.”

While at Aon, Bouzo held security and risk-related roles with an Asia Pacific remit.

Taking over from Bouzo at icare NSW is Andy Bourke, who joined as its new CISO, reporting to general manager IT strategy, risk and security Mick Young.

An icare NSW spokesperson told iTnews Bourke was CBA’s former executive manager for cyber delivery and transformation for the past four years.

"Prior to this role, Andy held a variety of senior security and privacy roles in Australia and the United Kingdom."

The spokesperson added Bourke “is a seasoned information security expert” and commenced in March.