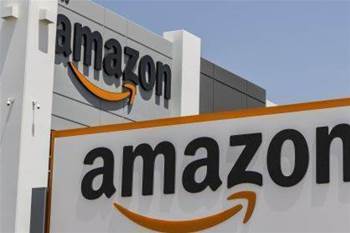 Amazon has barred more than 1 million products from sale in recent weeks that had inaccurately claimed to cure or defend against the coronavirus, the company told Reuters on Thursday.

Amazon also removed tens of thousands of deals from merchants that it said attempted to price-gouge customers.

The world’s largest online retailer has faced scrutiny over the health-related offers on its platform, and earlier this week Italy launched a probe into surging prices around the internet for sanitising gels and hygiene masks while it battled the biggest outbreak in Europe.

The coronavirus has caused at least 2797 deaths globally.

New reported infections around the world now exceed those from mainland China, where the flu-like disease arose two months ago out of an illegal wildlife market. Governments from Australia to Iran have closed schools, scrapped events and stockpiled medical supplies to contain the virus’s spread.

One offer comparison site showed recent examples of higher-than-usual prices for masks on Amazon made by US industrial conglomerate 3M.

A merchant Thursday offered a 10-pack of N95 masks for US$128, a Reuters reporter saw when clicking through the buying options on Amazon.

That was up from a recent seller average price of US$41.24, according to the tracking website camelcamelcamel.com. The item was no longer available in a check later in the day.

A two-pack respirator was offered new at US$24.99 earlier this week by a third-party seller, up from a recent average of US$6.65 when sold by Amazon, the price-following site showed.

“There is no place for price gouging on Amazon,” a spokesperson said in a statement, citing the company’s policy that product information must be accurate and that Amazon can take down offers that hurt customer trust, including when pricing “is significantly higher than recent prices offered on or off Amazon.”

It declined to specify the exact threshold at which an item is considered unfairly priced.

The company said it has monitored for price spikes and false claims through a mix of automated and manual review of listings.