Allman sceptical of death of email 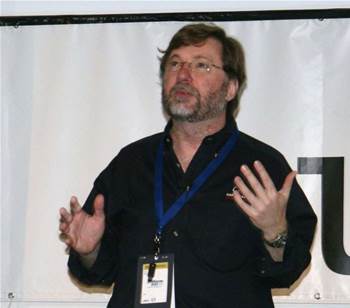 Sendmail creator Eric Allman has dismissed the oft-repeated claim that email is becoming irrelevant as mobile and social alternatives continue to emerge.

Allman [pictured], whose Sendmail software remains the world's dominant email routing package, said during his keynote presentation at Linux.conf.au 2011 in Brisbane that email would continue to have a major role to play.

"I don't think mail is going away. It is being modified, people are using it more appropriately There are times when you want a record."

Allman also noted that mail remained useful for communication in contexts such as space exploration.

A common criticism of email is that it makes it hard to filter messages from known sources, a problem which Allman said was largely due to limitations in the SMTP (Simple Mail Transfer Protocol) standard used for most Internet mail.

"SMTP is not a perfect protocol," he said. "SMTP is, however, probably good enough. The big flaw in SMTP is authentication, which is a really hard problem to solve. I have not come up with the magic bullet and I am not sure the magic bullet exists. The desire to exchange email with anyone is antithetical to the desire to not exchange mail with people I don't want to talk to."

"I looked at it a little bit, but the problem is I didn't have anyone else to play with it with," he said. "It looks like Wave could have been really interesting and I'm sorry Google gave up on it as early as it did."