Akonix: Instant messaging attacks up 200 percent in a year 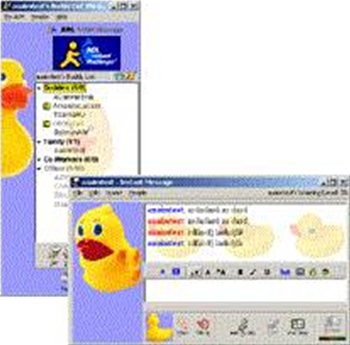 The growing adoption of instant messaging (IM) platforms in corporate environments has made the technology more attractive to hackers, who have, in turn, attacked IM 200 percent more often than this time last year.

Attacks on peer-to-peer (p2p) networks also increased by nearly a third (32 percent) since last month, with 25 new attacks in March.

Last week, researchers at Websense discovered a variant of the Stration worm using the Skype messaging network. That malware sends infected PCs a message asking them to click on a hyperlink, which directs them to a malicious file downloader.

Don Montgomery, vice president of marketing at Akonix, told SCMagazine.com that every month this year has seen a marked increase in IM attacks over the year before.

Montgomery added that MSN Messenger is the most attacked platform his firm has seen.

"MSN seems to be the most targeted. I think there’s a continuing anti Microsoft movement in the underground, and I think the anti-Microsoft sentiment has gone on for many years," he said.