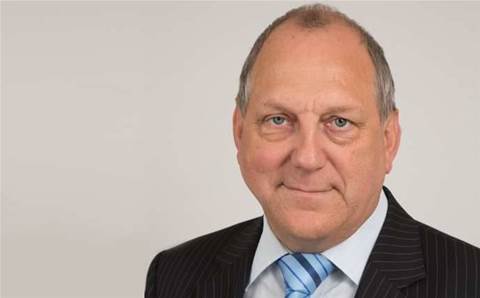 Arno Brok is planning to make the Australian Information Security Association (AISA) the voice of information security in Australia after being appointed the first-ever chief executive of the cyber security not-for-profit today.

Brok told iTnews he hoped to continue the journey [AISA] started 15 years ago and "further professionalise the way we do things and increase the value we provide to our members".

"We have come a long way as group of volunteers, I believe we can grow and really become the voice of information security in Australia," he said.

"I would [also] like to take this opportunity to thank the board for their support and trust for appointing me as the first CEO."

The upcoming AISA national conference in Melbourne will be one of the key initial focuses for Brok in his new role.

"My first focus will be on a strong governance framework to ensure that we maintain our status as charitable organisation for many years to come," Brok said.

“Secondly, I want to go out and meet the members and, thirdly, I will meet with our sponsors and partners.

"The board [also] has a long list of activities ready for me. I suspect I will be very busy for a long time.”

According to Brok, the biggest challenges facing the security space at the moment are skills gaps, as well as a shortage of experienced information and cyber security professionals.

“Many organisations and governments are struggling to recruit the right resources to adequately monitor and protect their networks and systems,” he said.

“One of our objectives is to work with the industry, government and education sector to promote information or cyber security more as a profession and start the education process as early as possible.

"We also have a number of initiatives to work with organisations such as ISC2, ISACA and SANS to bring more relevant training to Australia."

Brok, who grew up in the Netherlands before moving to Australia in 2000, is a familiar face to AISA members, having served as the organisation’s national director since December 2013, along with a number of other previous roles.

Brok also previously worked as the director of cyber security at Protiviti, but has similarly resigned from that position both to focus on his duties at AISA full-time and avoid any potential conflict of interest.

He has experience across Detica, Deloitte Australia, Accenture and P&O Nedlloyd, along with EDS and DEC (both of which have since been acquired by HP).

“I started in IT in 1979 as a field service engineer for Digital Equipment Corporation – fixing computers at chip level,” Brok said.

“As part of my role at the international shipping company I came to Australia in 2000.

“I joined AISA as a member in 2006, and started as a volunteer as the Sydney branch executive in 2008, I think that is when my passion for AISA really started.

“From there I progressed to membership director and when Benn Dullard [current AISA chair], the national director at that time – who had a very clear vision where AISA should go – asked me to assist him in taking AISA on this journey I took the opportunity with both hands.

“We have been working very hard over the last three years to professionalise the organisation and to ensure AISA has a solid foundation and is ready for the future.”

The creation of the role was first announced last month. It follows a period of rapid growth for the organisation, previously run by volunteers, that has seen it expand from 500 members in 2007 to around 3000 today.