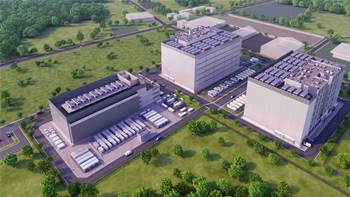 Data centre builder AirTrunk has created its first chief information officer (CIO) role, with a remit for ICT strategy across its operations in Asia Pacific and Japan.

Founder and CEO Robin Khuda said in a LinkedIn post that the “inaugural” CIO would “develop and execute [AirTrunk] ICT strategy and roadmap” across the region.

Khuda said the company wanted to attract an “ambitious CIO” to “be part of the largest and the most successful data centre platform in APJ (ex-China), and build a scalable infrastructure.”

The accompanying job advertisement states the CIO will need to “futureproof AirTrunk’s ICT services, technology platforms and customer solutions; lead the development and execution of the ICT strategy; and scale AirTrunk’s ICT capability.”

They will also have some oversight of operational technology (OT) in addition to IT, with the advertisement stating the CIO will “lead an impactful team being responsible for both ICT and OT solutions architecture, project management, data management, and service and support”.