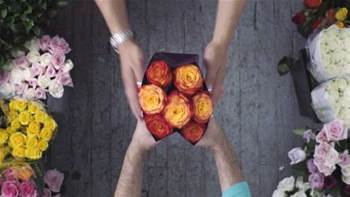 Advises 'small amount' of data may be impacted.

Jobs marketplace Airtasker has revealed a “small amount” of data it collected through web forms may have been compromised in the Typeform breach.

The Sydney-based company confirmed to iTnews that it had received an email from Typeform advising that some of its data may have been in a partial backup that attackers exfiltrated from Typeform last weekend.

"We have been advised by Typeform that a small amount of Airtasker's Australian data may have been compromised,” an Airtasker spokesperson said.

“We are investigating the matter further.

"We are aware of our obligations under the new Australian data breach notification laws and will ensure we comply with them if necessary."

Airtasker did not specify which of its Typeform-powered forms are suspected of being compromised.

It did say, however, that data collected via Typeform for the personalised grocery shopping service it launched with Coles at the end of last year was not impacted.

"We can advise that no data related to the Coles Badge Application form ... is the subject of the potential compromise,” the spokesperson said.

Further comment was being sought at the time of publication.

Airtasker’s disclosure came after iTnews revealed that Bakers Delight and the Australian Republican Movement may also have been impacted.

The Tasmanian Electoral Commission (TEC) has also advised that data on up to 4000 voters may have been compromised.

Typeform is a Spanish as-a-service provider whose software is used to power online web forms, competition application forms and surveys.

Some Australian users have temporarily suspended their use of the Typeform software while they work to understand the impact of the provider’s data breach.