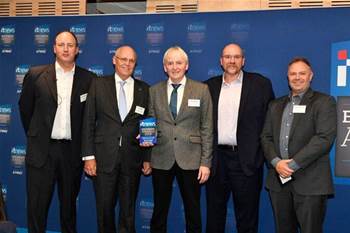 Airservices Australia has taken out the award for best federal government IT project of the year at iTnews’ 2019 Benchmark Awards for its huge IaaS overhaul.

The government-owned corporation recently emerged from a seven-month migration of its entire enterprise compute estate to a secure government cloud provided by Vault Systems.

It comes after the agency was force to give up two ageing in-house data centres at its Alan Woods office in Canberra at reasonably short notice.

The project – possibly one of the largest migrations to cloud by a government agency to date – has seen 800 servers, 130 applications, including the agency’s SAP core ERP system, and almost a petabyte of data migrated into Canberra Data Centres.

The gigantic effort required around 21,000 hours of engineering and project management from ASG, who partnered with the agency in April 2018.

But in the end, Airservices was the winner with a reduction in IT operating costs, improved availability and service quality and heightened information security.

It has also garnered attention from organisations globally for the pace and scale of the transformation.

Airservices CIO Chris Seller acknowledged that it was fantastic to get the opportunity to recognise all the hard work that had gone into delivering the project.

"This is the beginning of quite a large digital transformation we’re doing, and the move to the cloud will allow us to drive a lot more information-driven decision making, situational awareness so that storage from the pilot will be able to manage much more effectively in the future," he said.

"I'd like to call out Vault Cloud for their vision and their capability that they’ve brought to the Canberra industry, secure, elastic cloud capability that’s just suited us perfectly, ASG’s vision and drive to get us there, and of course my team that made it all work in the end.”