Afterpay eyes cryptocurrency as a way to cut merchant fees 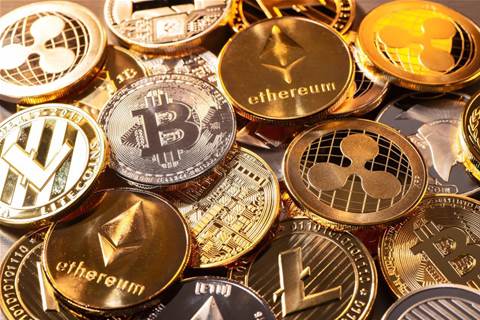 Wants authorities to lay foundations for a local stablecoin.

Afterpay says Australian merchants could "benefit considerably" by transacting with cryptocurrencies instead of traditional payment cards, slashing fees being paid to card issuers, banks and the operators of payments rails.

In a submission to the 'Australia as a Technology and Financial Centre' senate inquiry, Afterpay appeared to lay out fresh ambitions to disrupt the payments industry.

While banks play catch-up and launch their own buy now pay later (BNPL) services, Afterpay is looking to evolve its services to further entrench its role in the payments space.

"Afterpay does not currently offer crypto-related products but we are actively considering how innovative features could be a part of the financial management ecosystem we are building," it said.

"Our customers expect us to evolve with their needs and aspirations, whether or not they meet traditional definitions of financial products and services."

Afterpay said that cryptocurrency-based transactions had the "potential" to reduce fees set by the traditional card networks, replacing interchange fees, scheme fees and processing fees with a "single transaction fee associated with validating the payment on the blockchain.”

"Merchants stand to benefit considerably from the cryptocurrency model as card network fees are entirely removed from the equation and the customer/payer bears the transaction costs," the company said.

Fees to the consumer would be transparent, according to Afterpay, with customers given the choice to “opt to wait for more favourable network conditions and a lower cost”.

Afterpay also suggested Australian authorities should set favourable conditions for the establishment of a so-called stablecoin.

A stablecoin would be linked to the Australian dollar and would not suffer from the same volatility as regular digital coins.

Afterpay called for the government to build a safe regulatory environment for an Australian dollar tied stablecoin to give Australian cryptocurrency users and investors alternatives outside of gold and other precious metals.

“The Australian government, in collaboration with industry, should now actively consider what framework an optimal environment for an AUD-backed stablecoin should look like," Afterpay said.

“This includes considering if regulatory instruments are required for stablecoin issuers to have transparent and adequate prudential reserve holdings, consumer-focused data protections and fair and appealable processes in place regarding account blacklisting.

“The objective of this being to provide stablecoin purchasers with greater protections over the value of their asset, while also driving innovation and Australia’s position as a global fintech leader."

Afterpay highlighted the need for a balance between regulatory stability and “maintaining the flexibility for emergent technologies to innovate and evolve” as stablecoins and blockchain continue to grow.

Afterpay recommended a regulatory taskforce be assembled to supervise the emerging blockchain and cryptocurrency industry and its implications on the Australian market.

Afterpay was recently acquired by Square for A$39 billion.