AFP to hand back $36m from failed systems overhaul 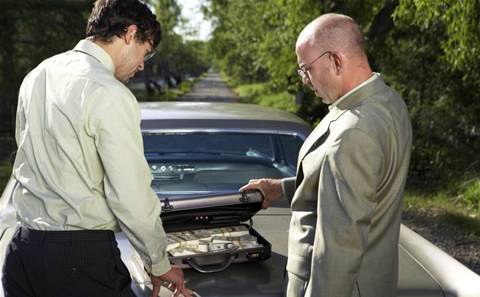 The Australian Federal Police has been forced to hand back $35.8 million to the federal Treasury after cancelling its planned $145 million investigations system replacement and firing its lead contractor.

In August, iTnews revealed the force had sacked systems integrator Elbit after deciding the agency's planned move off its 18 year-old PROMIS investigation system would not meet time and cost objectives.

The AFP had signed two five-year contracts - for licensing and implementation - with the local arm of the Israeli defence contractor Elbit Systems in June 2013.

The government's mid-year economic and fiscal outlook (MYEFO), released today, reveals the AFP will need to hand back $35.8 million over the next four years to Treasury following the failure of the project.

"The savings from this measure will be redirected by the government to repair the budget and fund policy priorities," the MYEFO documents state.

The figure refers to unspent sustainment funding for the project.

The PROMIS system is the case management tool used by AFP officers to document investigations and store the force’s operational information and intelligence.

The long-suffering project to replace the system began in 2007, when the AFP started hunting for new software but failed to find a platform that suited its needs.

It decided to go with a “component-by-component, in-house replacement” of the case management platform, but just 18 months later discovered the "true complexity, risks and cost associated with this approach”.

A commercial-off-the-shelf solution from the market was once again sought, with Elbit winning the bid.

The project had been expected to be completed by March 2017.

However, despite its many challenges to date, the AFP says it still expects to have a new system up and running by 2018-19.

The agency told iTnews in August that the “significant work done to date will be invaluable in informing the AFP's future approach to the development of a replacement system”.

“The AFP is committed to replacing our current operational systems. Our focus is now on seeking options for a replacement as a matter of priority,” it said at the time.