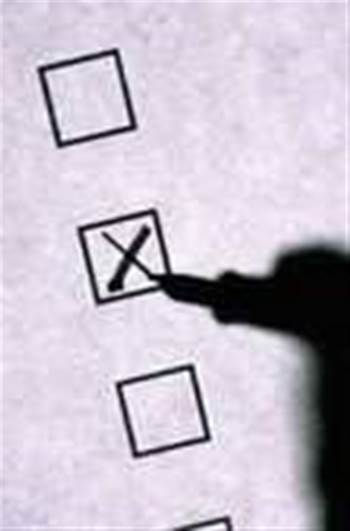 The Australian Electoral Commission has refused to reveal the source code for its electoral EasyCount software despite being issued with a Senate order, saying to do so could leave the system vulnerable to hackers.

The AEC and Special Minister of State Michael Ronaldson were last week directed to table the source code for the software used to count votes in upper house elections after the Senate passed a motion requiring its release.

The motion, moved by Greens Senator Lee Rhiannon, also directed Ronaldson to table correspondence and documents relating to a freedom of information request for the source code between his office and the AEC.

The code was required to be made public by July 15.

But Rhiannon revealed late yesterday that Ronaldson had written to clerk of the Senate Rosemary Laing [pdf] to inform her the Government would not be tabling the documents.

Ronaldson said he had been informed by the AEC that doing so could leave the voting system open to "hacking or manipulation".

"In addition, I am advised that the AEC classifies the relevant software as commercial-in-confidence as it also underpins the industrial and fee-for-service election counting systems," Ronaldson wrote.

He said the Government would not comment further as the FOI application, made by Hobart lawyer Michael Cordover following the chaos of last year's WA Senate election, was currently before the Administrative Appeals Tribunal.

Pirate Party member Brendan Molloy yesterday submitted a freedom of information request in response to Ronaldson's decision, requesting for correspondence related to the Senate order between the AEC and any member of Parliament or their office, in order to provide detail on the refusal.

Molloy requested that the AEC make public the technical documents it had relied upon to make its recommendation that the release of the source code would leave the system vulnerable to hacking.