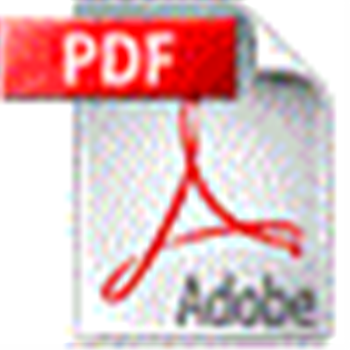 Adobe has received backing for the next version of the PDF document format, following an overwhelming vote by the ISO standards panel..

The decision means that PDF 1.7 will now become the ISO 32000 Standard.

Of the 14 votes cast, nine countries backed the new version with no comments, and five countries voted 'yes' but added comments to be reviewed.

France voted against, Russia abstained and Italy submitted comments but is not a voting member.

James C King, principal scientist at Adobe, has been nominated by the US committee to be the technical editor.

"For the meeting of the International Working Group on ISO 32000 on January 21-23 I will come prepared with responses to all 205 comments," said King on Adobe's Inside PDF blog.

"If the group can address all the comments to the satisfaction of all countries, especially the ones voting negatively, it is possible to finish at that meeting and publish the revised document."

King added that the process will enter a two-month Final Draft International Standard (FDIS) vote if the resolution turns out to be more complicated.

"The FDIS votes are not accompanied by comments so, if we get no more negative votes at that time, the revised document will be the one published as ISO 32000," he said.

King also maintained that it was not strange that the US submitted the most comments despite being the sponsoring country.

"I think that is a reflection of two things: the US committee contains a lot of knowledgeable people, including several from Adobe, and we honestly found some mistakes that we felt must be corrected," he wrote.
Got a news tip for our journalists? Share it with us anonymously here.
Copyright ©v3.co.uk
Tags:
17adobebackingforpdfsoftwarewins