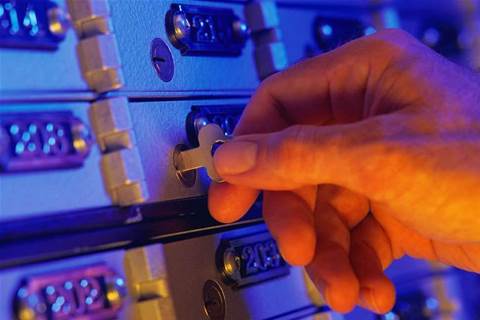 Security experts have warned administrators that a leading encryption standard could be cracked in the future.

The AES is used by security agencies to protect secret communications, and in the background by consumers in online banking, but research points to weaknesses that could be exploited in the future.

While previous attacks have relied on knowing a similar key and trying to guess keys from that information, the new method theoretically works with any key, using a meet-in-the-middle attack based on a mathematical concept called "bicliques".

“We show how to carry over the concept of bicliques to block cipher cryptanalysis and get even more signiﬁcant results, including the ﬁrst key recovery method for the full AES faster than brute-force,” Andrey Bogdanov, Dmitry Khovratovich, and Christian Rechberger wrote in Biclique Cryptanalysis of the Full AES (pdf).

"In contrast to most shortcut attacks on AES variants, we do not need to assume related keys. Most of our attacks only need a very small part of the codebook and have small memory requirements, and are practically veriﬁed to a large extent."

Although for all practical purposes the research makes little impact on security in the short term, with supercomputers still requiring years to crack a key, it does provide researchers with a new attack vector that could be exploited in future if the method is honed and deployed on more powerful computers.

"I don't think there's any danger of a practical attack against AES for a long time now," said Bruce Schneier, chief security technology officer of BT, said in a blog post.

"Which is why the community should start thinking about migrating now."

Got a news tip for our journalists? Share it with us anonymously here.
Copyright © Alphr, Dennis Publishing
Tags:
security
In Partnership With
By Stewart Mitchell
Aug 22 2011
1:30PM